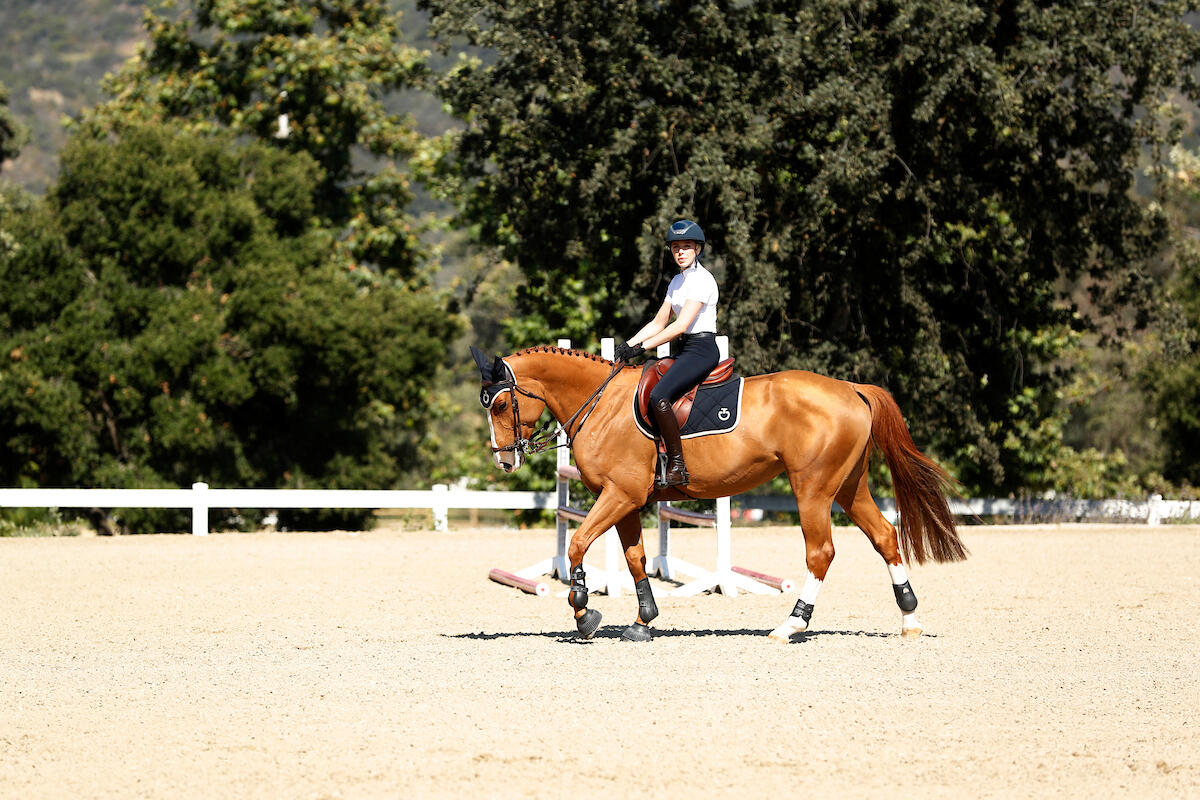 At 6-years old, this fiery chestnut mare is already following in the footsteps of her famous father. Rumpleteazer DF, aka Rumple, is out of Alvarina by Flexible. As a 5-year old Rumple displayed her scope and talent in the 2018 Young Jumper Championships with Olympic Gold Medalist, Will Simpson. This year the Simpson and Rumple have collected numerous top ribbons in the 6-year old division. Though Simpson is Rumple’s jockey at the shows, it is Descanso Farm’s Hannah Selleck who puts in the time and work at home. 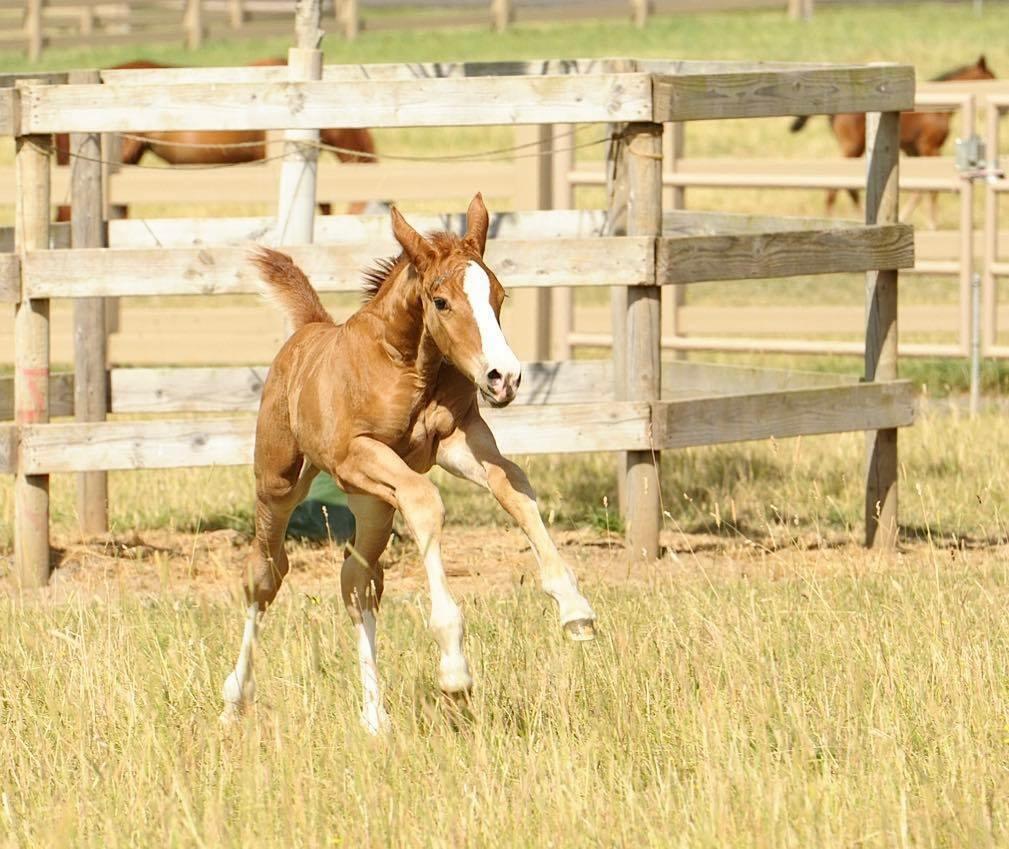 Rumple showing off her athleticism at a young age! 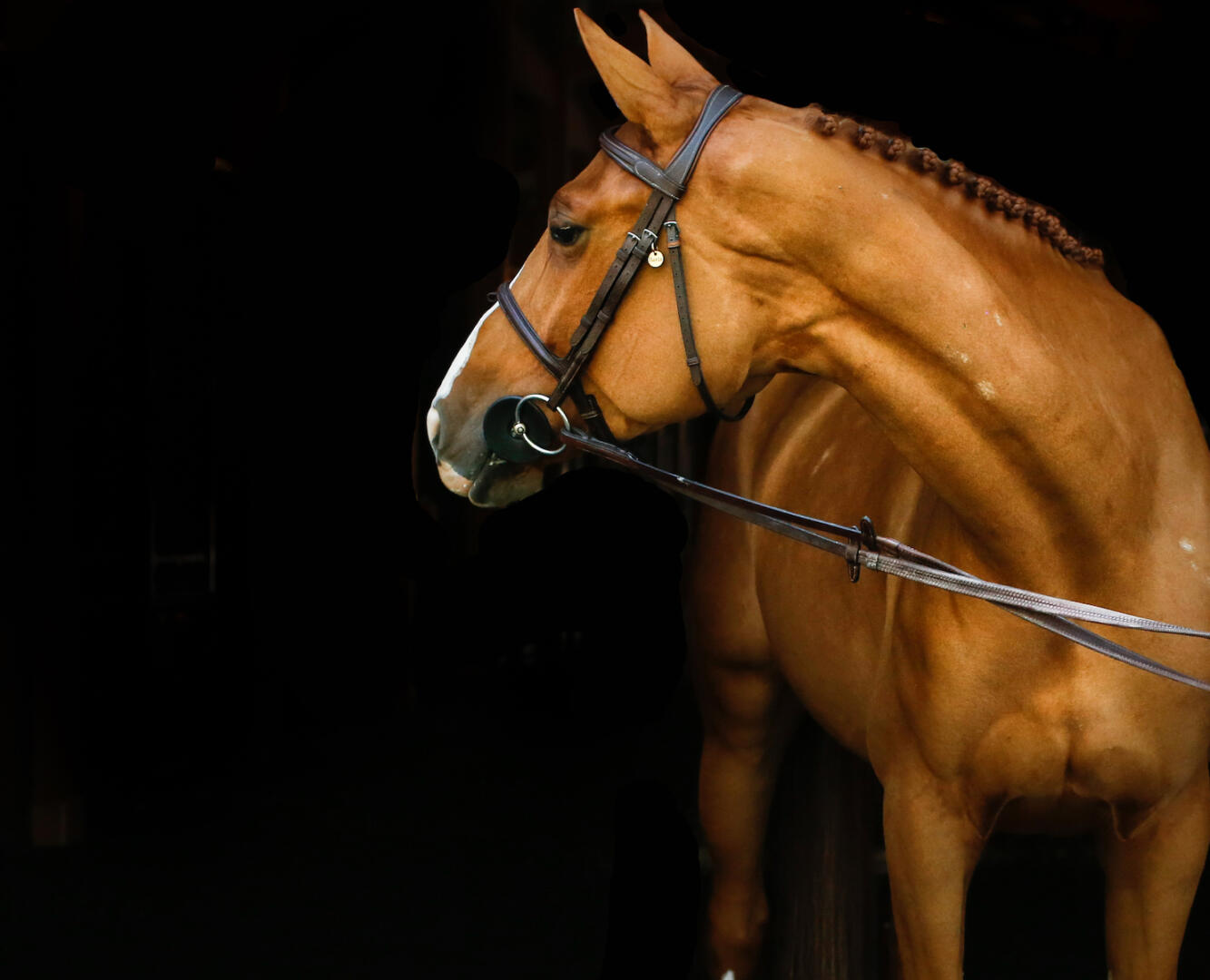 Rumple is a natural in front of the camera! (PC Kristin Lee Photography)

How did Descanso choose this pairing?

Bella (Alvarina) was a top junior hunter and equitation mount for me; she helped me win several USEF Talent Search classes that ultimately helped me clinch my gold medal, received for 20 Talent Search wins. Bella was a colder mare. She was scopey and diligent, but not a high-drive horse. Soehnke Theymann suggested we breed Bella to Flexible to hopefully get a more blood offspring – and it worked!

How long have you been riding Rumpleteazer DF?

Rumple came back to my stable after spending her five-year-old year with Will Simpson. Will is still Rumple’s show rider, while I manage, flat, and jump Rumple at home.

If Rumpleteazer DF was a celebrity, who would they be and why?

Probably someone like Isla Fisher or Amy Adams. She would be a talented redhead full of personality with a good sense of humor and maybe a little bit of spunk!

Would Rumpleteazer DF rather eat or compete?

She would always rather compete! She is bold, and a blood mare, that LOVES to gallop and jump!

If Rumpleteazer DF was a car, what would they be and why?

Rumple would be a vintage 1960s Red Shelby GT500 Convertible because she’s classic, hot, expensive, and likes to let her hair down!  ?

What are Rumpleteazer DF’s goals in life?

Rumple’s goals are to successfully compete in the six-year-old divisions and championships for the remainder of the year. Since she loves jumping and competing, she wants to continue in the seven-year-old division next year and hopes to have continued success into the top of the sport. Her ultimate goal is to be a FEI horse for a top professional or a very talented amateur! 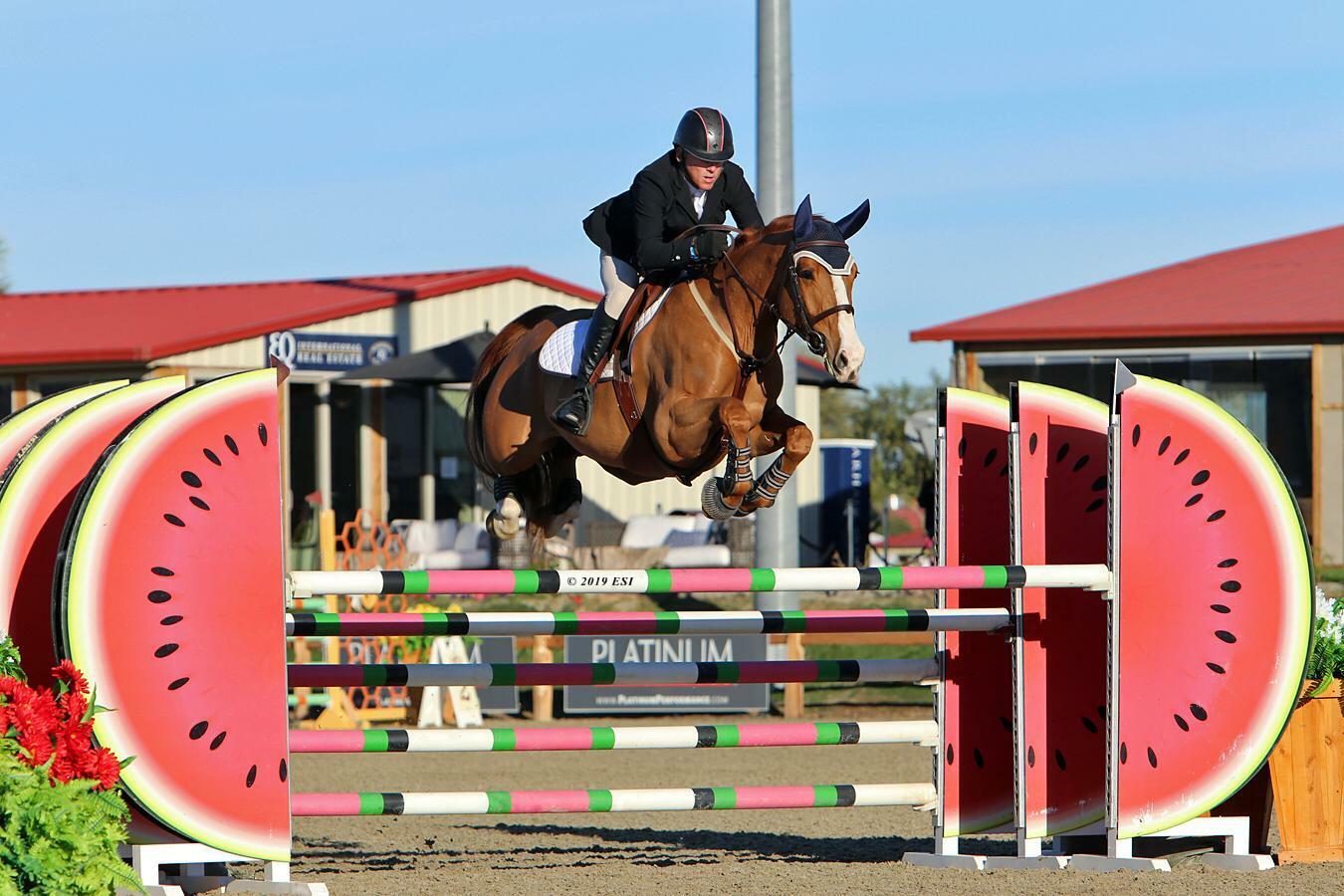