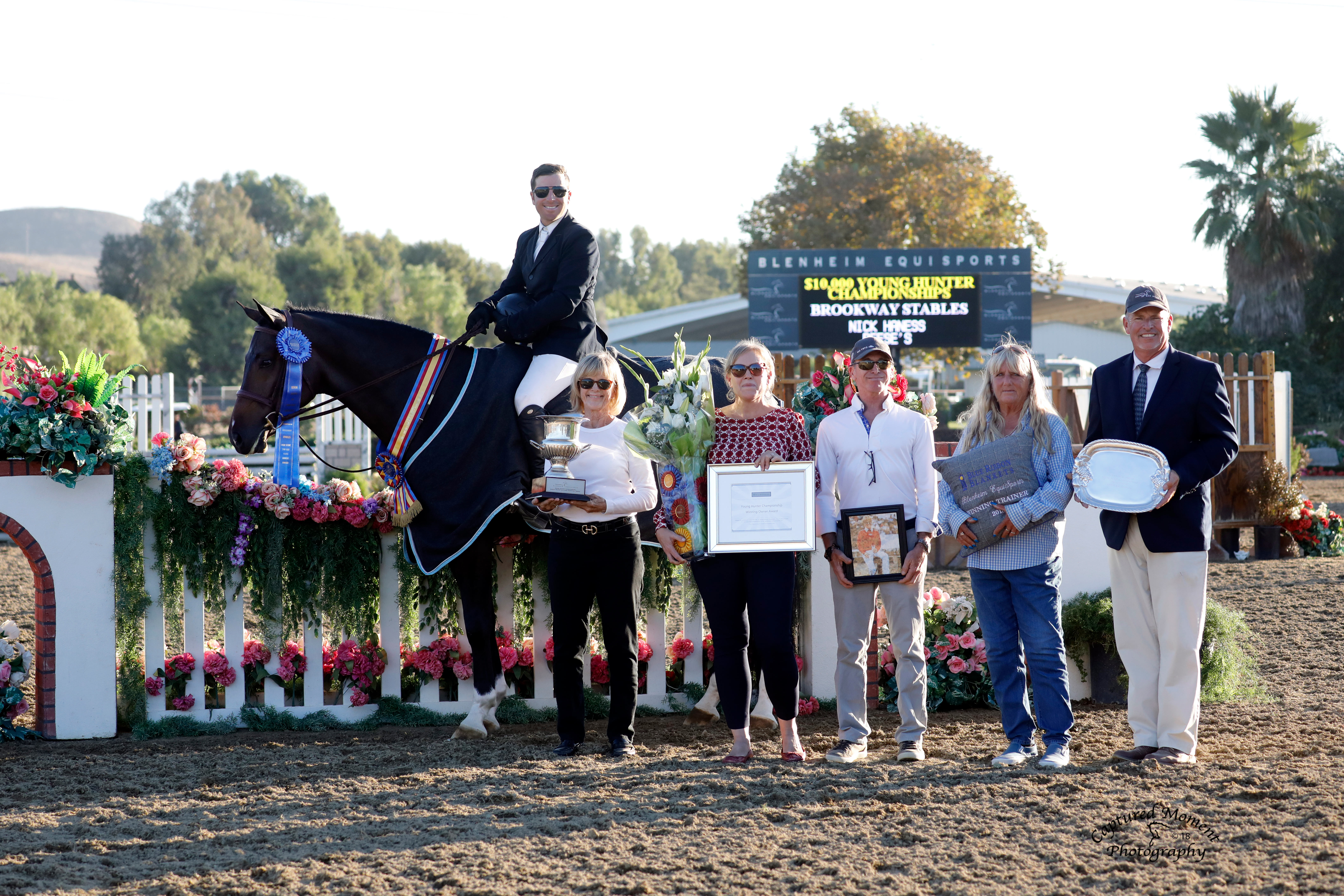 Similar to other well-known icons such as Drake and Madonna, Reese’s only goes by one name. He is an eye-catching, 6-year old bay gelding, owned by West Coast Equine Partners, LLC (Gail Ellis) and trained by Shari Rose.

In March of 2018, Nick Haness imported Reese’s from Europe as a petite 16 hand 5-year old. The youngster quickly adapted to the American style of riding and found success in the hunter ring. The sweet gelding has grown and filled out quite a bit, clearly the California lifestyle suits him!

Haness remarks, “He is a bit of a late bloomer but now that he’s in full bloom, he’s ready to show the world what he’s got!”

This single-named star is just getting started! Read Reese’s profile below to find out if he is as charismatic as he is talented. 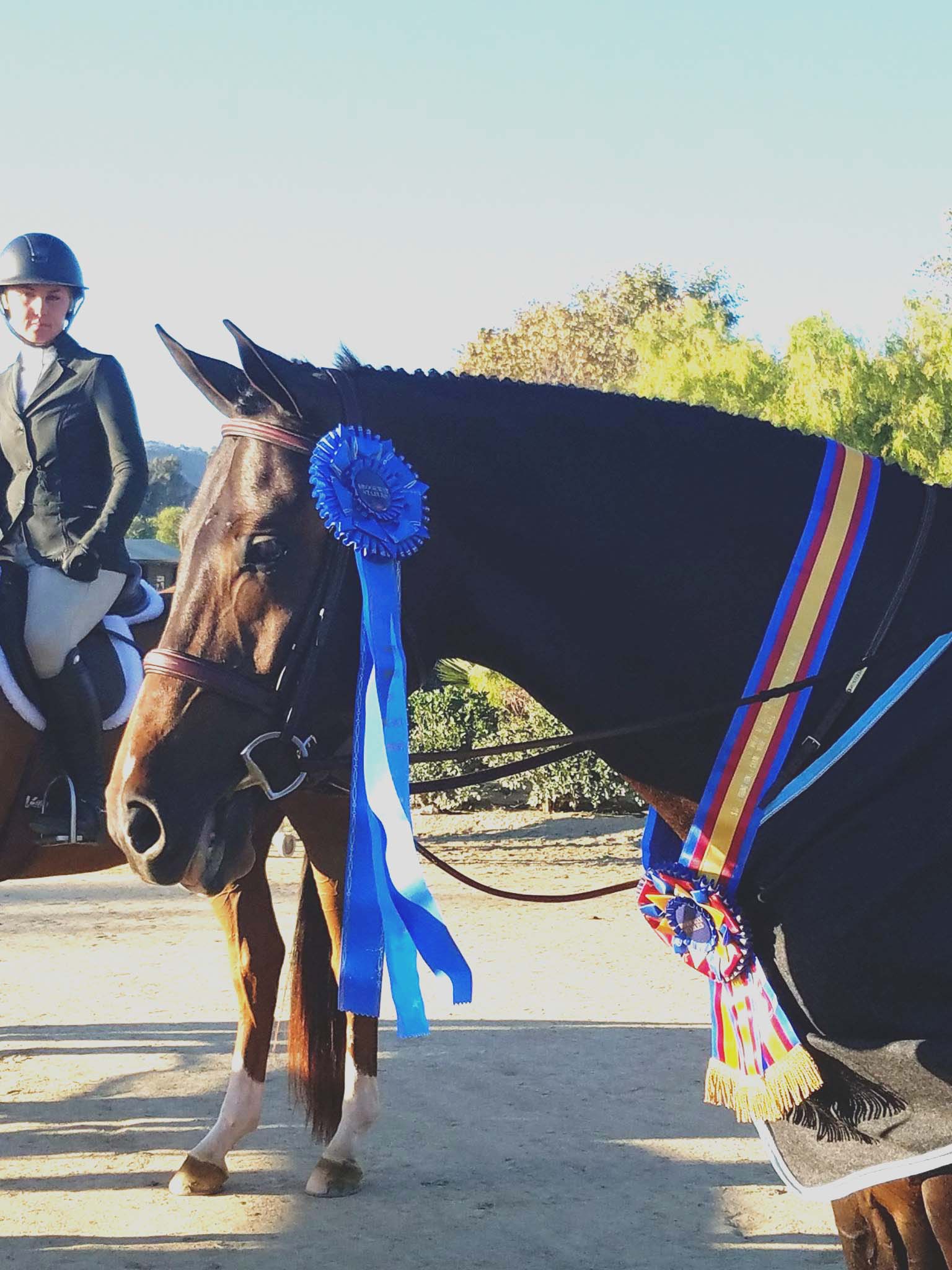 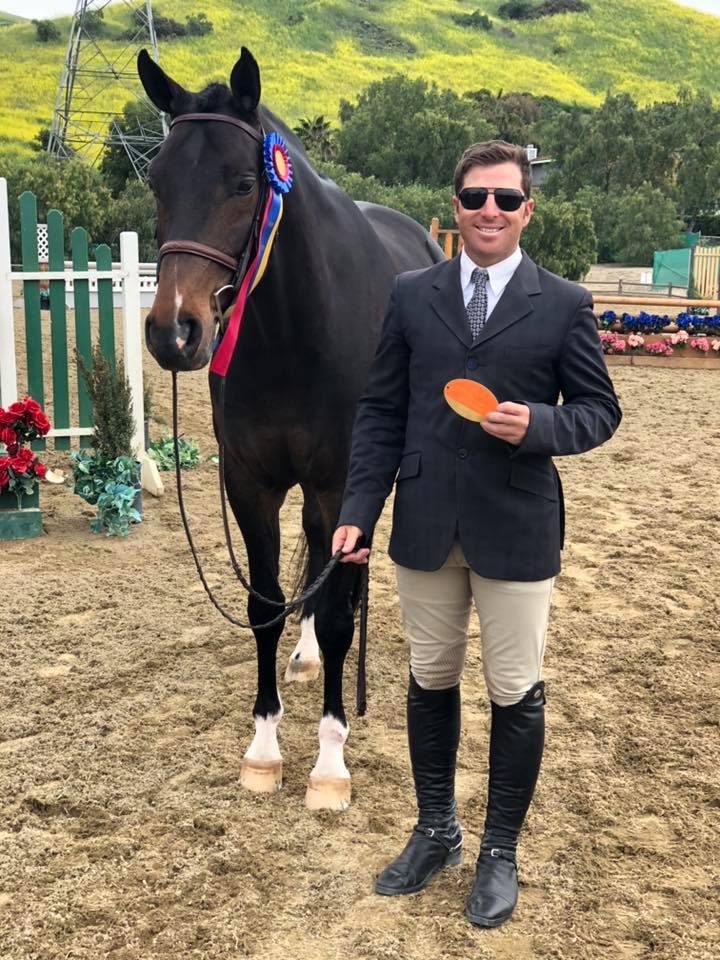 Nick Haness and Reese’s are the Champs!
PC: Blenheim Equisports

What is Reese’s favorite treat?

He would probably be Ryan Gosling because he’s really attractive and everyone loves him and wants his autograph. He has a very sweet side, but also can be very confident and a little cocky.

Very outgoing, he likes to show off! In the turn out at home he loves to buck and show off his moves. No matter what he is doing, he wants to make an impression.

He would love PE, because he likes to work out and show off. I think he would be track and field star, the guy everyone wants to beat.

To continue winning the undersaddle hacks and stay undefeated. He would also like to win the Green Hunter Incentive Finals and eventually become a top derby horse. 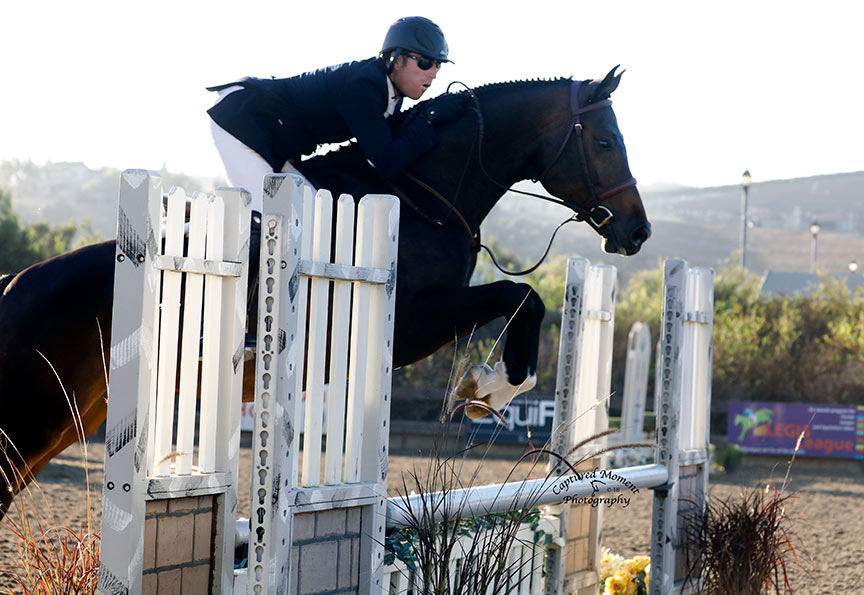