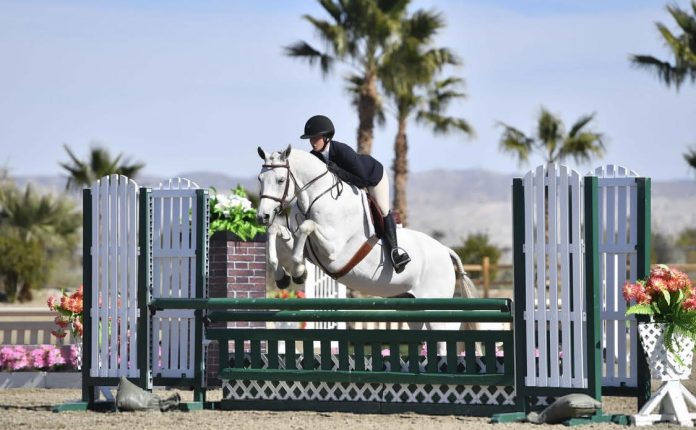 Lauren Little may be young, but she is proving herself in the equestrian industry. At only 14 years old, she was awarded circuit champion in the large pony hunters at the Sonoma Horse Park and also won two classics in one day. One of her classic wins included The Plaid Horse Hunter Classic.

Her success has come in a short time, as she began riding around five years ago. Her first two years as a rider were spent at a schooling barn where she took lessons and showed in IEA. After a year of participating in IEA, Lauren and her family agreed that riding was a passion she should pursue more vigorously. She eventually moved to Burgundy Farms under Meredith Herman and fell in love with the program.

Today, Lauren rides with trainers Meredith Herman, Shannon Beck, and Ann Ruffer. Going to school in the eigth grade and riding six horses, she’s a very busy young lady. Lauren competes in the Junior Hunters with her horses Surf’s Up and It’s Coolman, the Large Pony Hunters with Blue A Kiss (owned by Virginia Bonnie), the Low Children’s Jumpers with Ultra D’ Eclipse, and the Age Group Equitation and the  3’ – 3’3 Equitation Medals with Nom De Guerre (owned by Stella Buckingham). She is also an ambassador for Horse Treatery, the Fit Equestrian, Onthebit Videography, as well as acts as a Hermès Junior Ambassador.