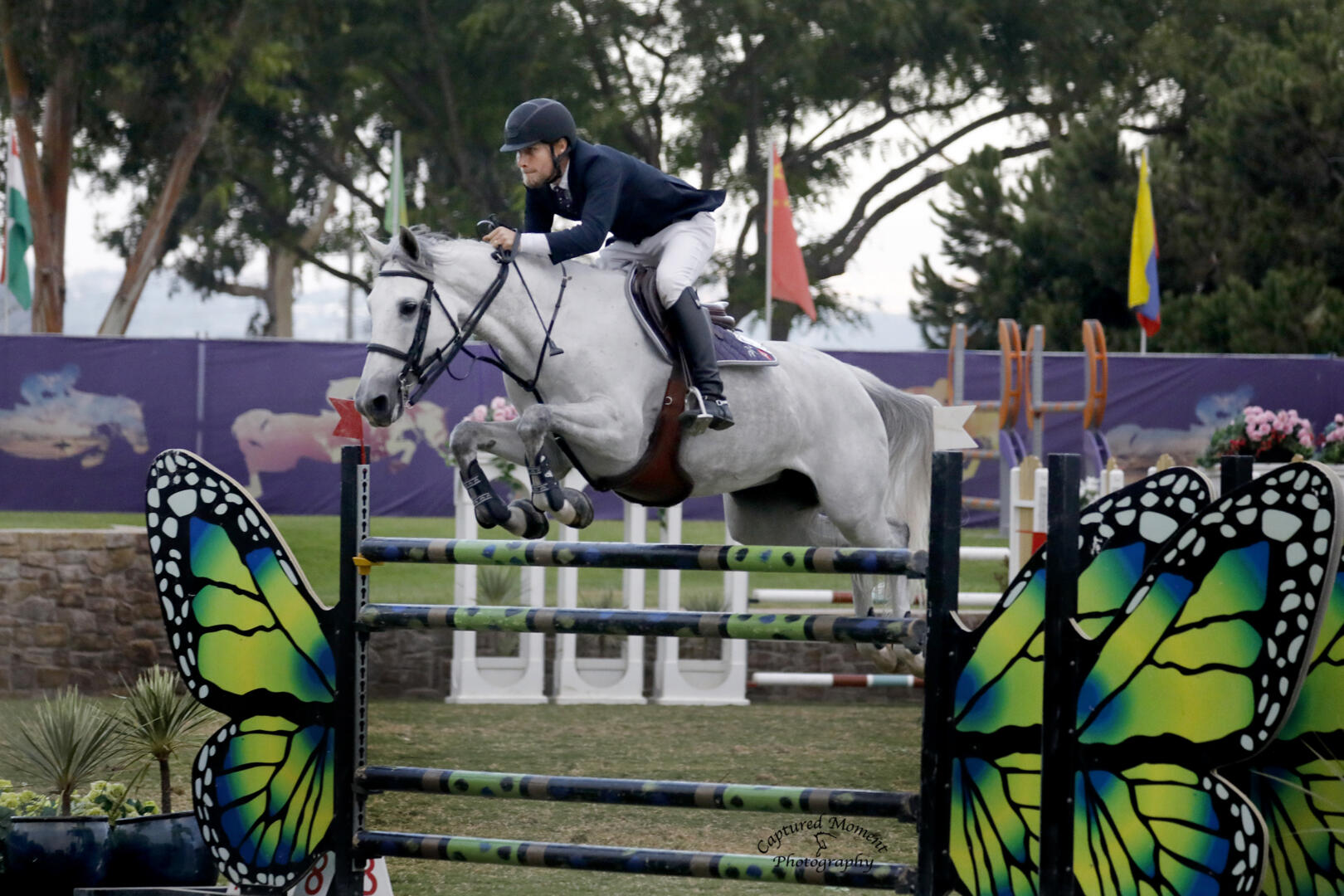 August 2, 2019 – Del Mar, CA – FEI CSI 2* competition returns for a second week on the grass Grand Prix Field at the Del Mar Horse Park with the Blenheim EquiSports Bronze and Silver Tours. Ivan Tagle (ARG) is designing the tracks for the group of international riders, with twelve nations represented amongst the two tours. After Wednesday’s Power & Speed class and Thursday’s Speed Stake, three American riders and one foreign rider rode to the top.

The Power & Speed Competition
On Wednesday afternoon, the Power & Speed classes kicked off the week. After the twenty-four competitors had completed the track, the mares dominated the top three spots in the Bronze Tour Power & Speed. It was the Star-Spangled Banner that played for Savannah Jenkins who rode Georgy Maskrey-Segesman’s ten-year-old Holsteiner mare, Belladonna 42, to the win in a blazing time of 34.13 seconds.

Second to Jenkins was Mexican rider Juan Pacheco and his own ten-year-old mare Dorotea, who crossed the timers just under a second behind the pace in 35.04s. Rounding out the podium was Carly Anthony (USA) and Insolente, Neil Jones Equestrian, Inc.’s eleven-year-old mare, who completed the course in 35.57 seconds. 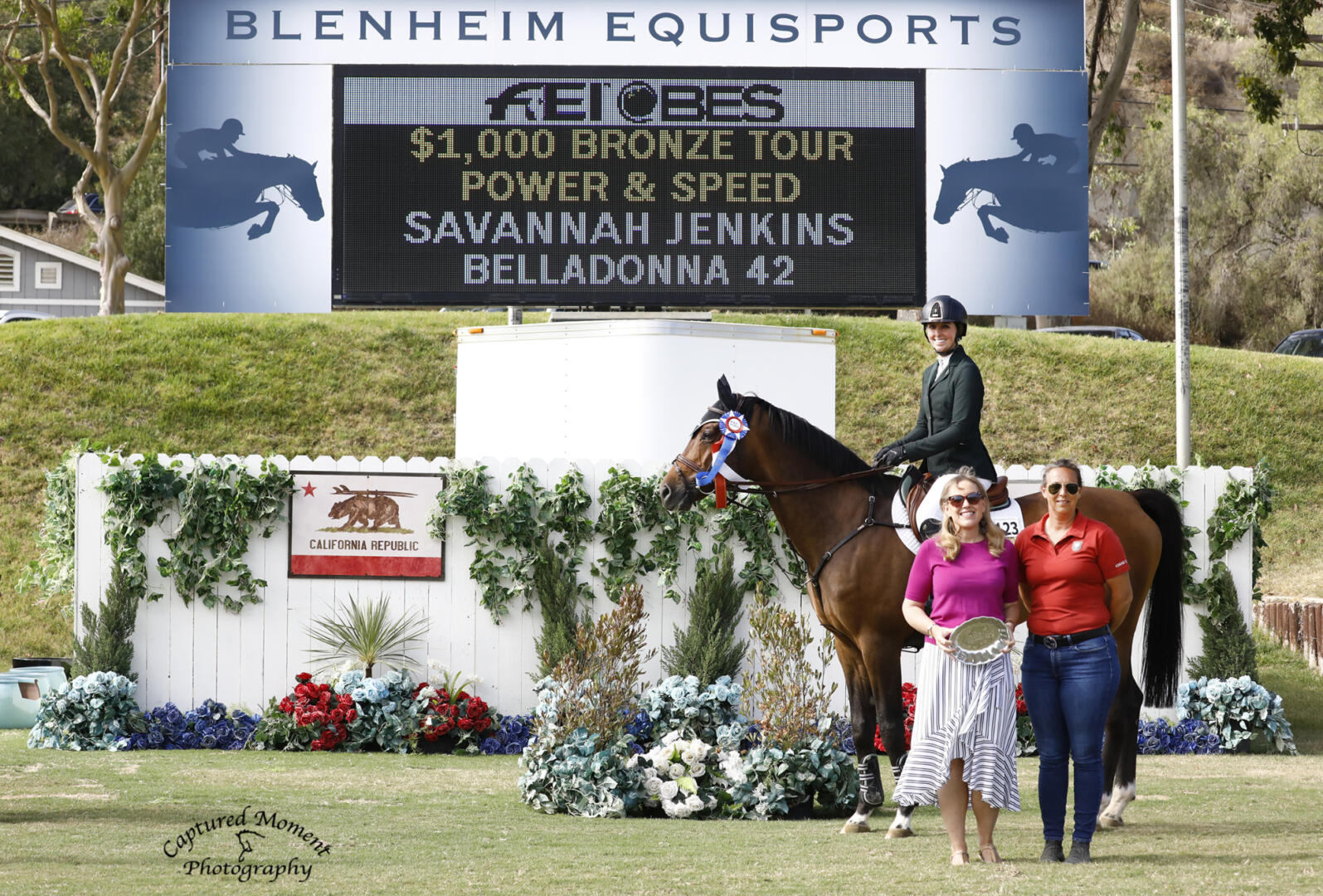 In the Silver Tour, out of a field of twenty-six competitors, it was Jose Maria Quintana (MEX) who came out on top with Syndicaat Rhein-Maas E.E.S.V.’s nine-year-old Holsteiner stallion, Catoki Boy. Quintana provided a double-clear performance, crossing the timers in 34.03 seconds.

The second-place ribbon went to Eric Navet (FRA), and Signe Ostby’s ten-year-old Zangersheide stallion, Cyrano VDV Z. The pair was the first to provide a double-clear performance in the class, and they did so in a time of 35.39s. Lisa McCluskey (USA) and Cavalos, a twelve-year-old KWPN gelding, took the third-place ribbon in a time of 38.08 seconds. 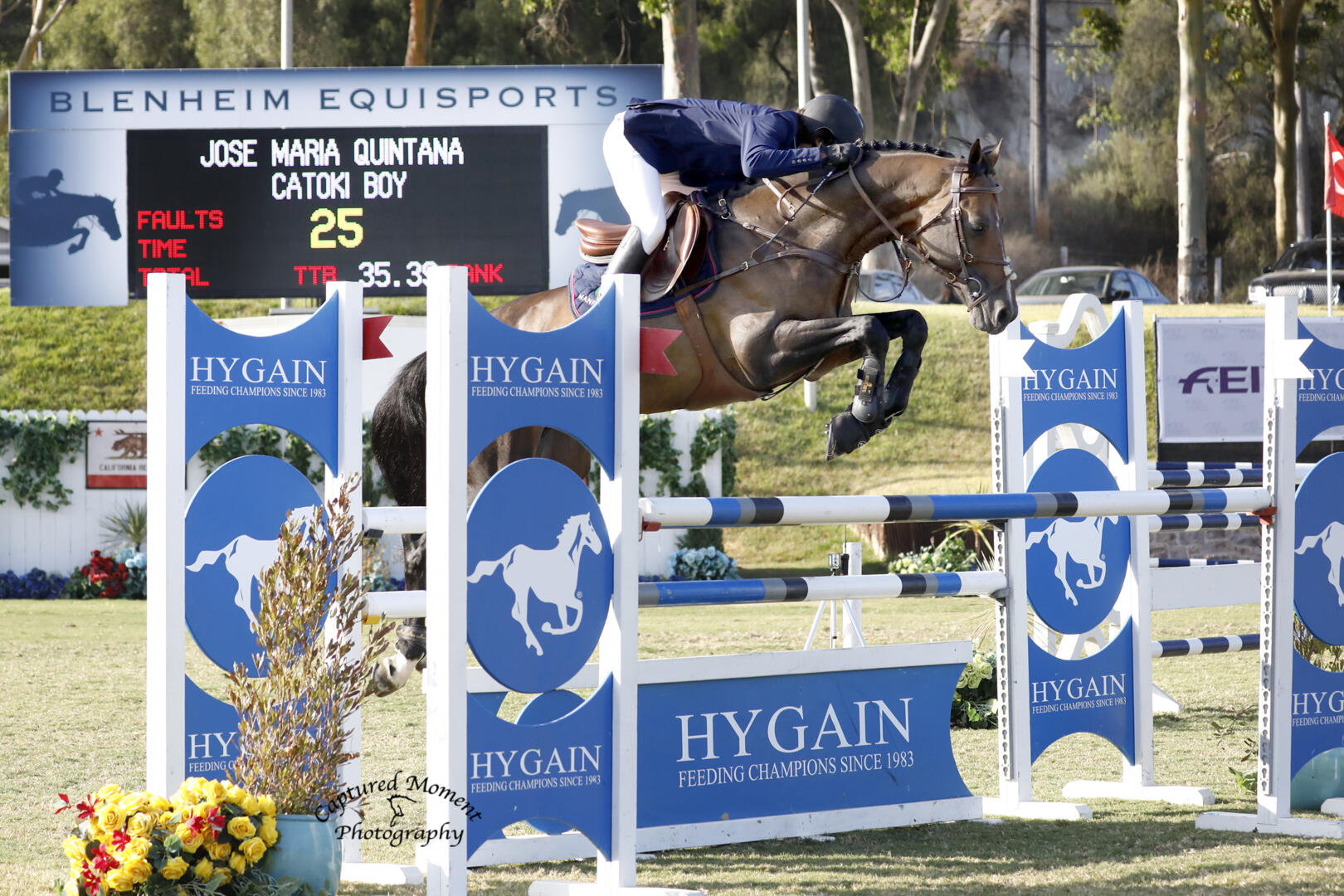 The Speed Stake Events
FEI Competition continued on Thursday afternoon with the Silver and Bronze Tour Speed stakes, where forty-eight and twenty-five competitors took to the field, respectively.

The Bronze Tour Speed Stake was a close race, and it was Vanessa Hood (USA) and Take Two LLC’s ten-year-old mare Janis Joplin who earned a spot in the winner’s circle. Twentieth to go in the posted order, the pair provided a speedy time of 75.56 seconds to gallop into the lead.

The fourth to go in the order, Sergio Nieto (MEX) and his own twelve-year-old mare Macuba Sana Rafael, crossed the timers in 80.98 seconds, which held the lead until the end of the class. Finishing up in the third spot was the final horse and rider combination to attempt the course, Matt Archer aboard Rhys Farms, LLC’s seven-year-old gelding Monseigneur, who finished the track in 81.85s. 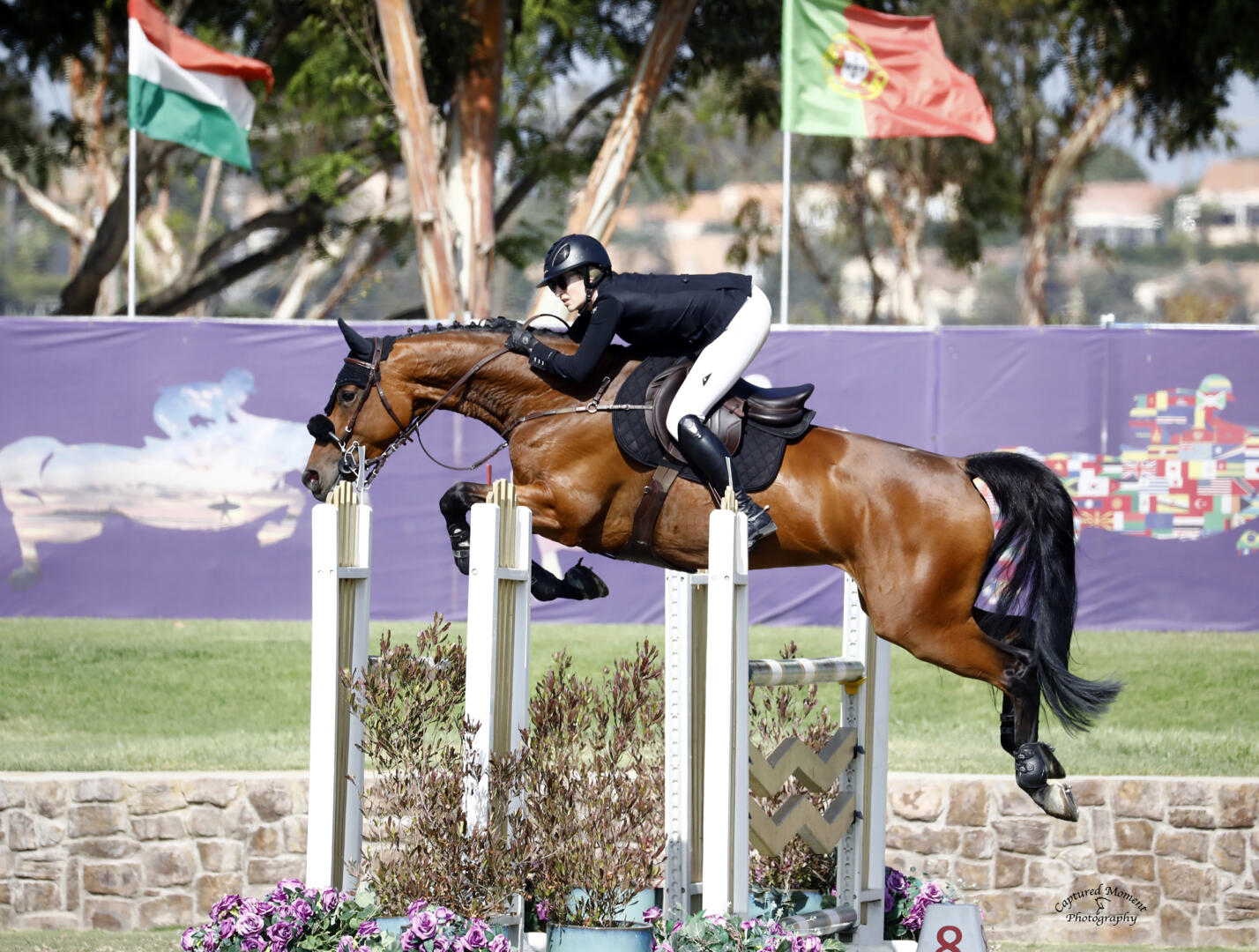 Quintana and Catoki Boy had another successful speed round, taking an early lead in the Silver Tour Speed Stake, with a time of 69.82 seconds. However, the Wednesday winners ultimately finished in the second spot. The final pair to pick up a gallop, Karl Cook (USA) and Signe Ostby’s ten-year-old KWPN mare E’Special P.S., kept the spectators on the edge of their seats as they took the top spot by just under a second, crossing the timers in 68.70 seconds. 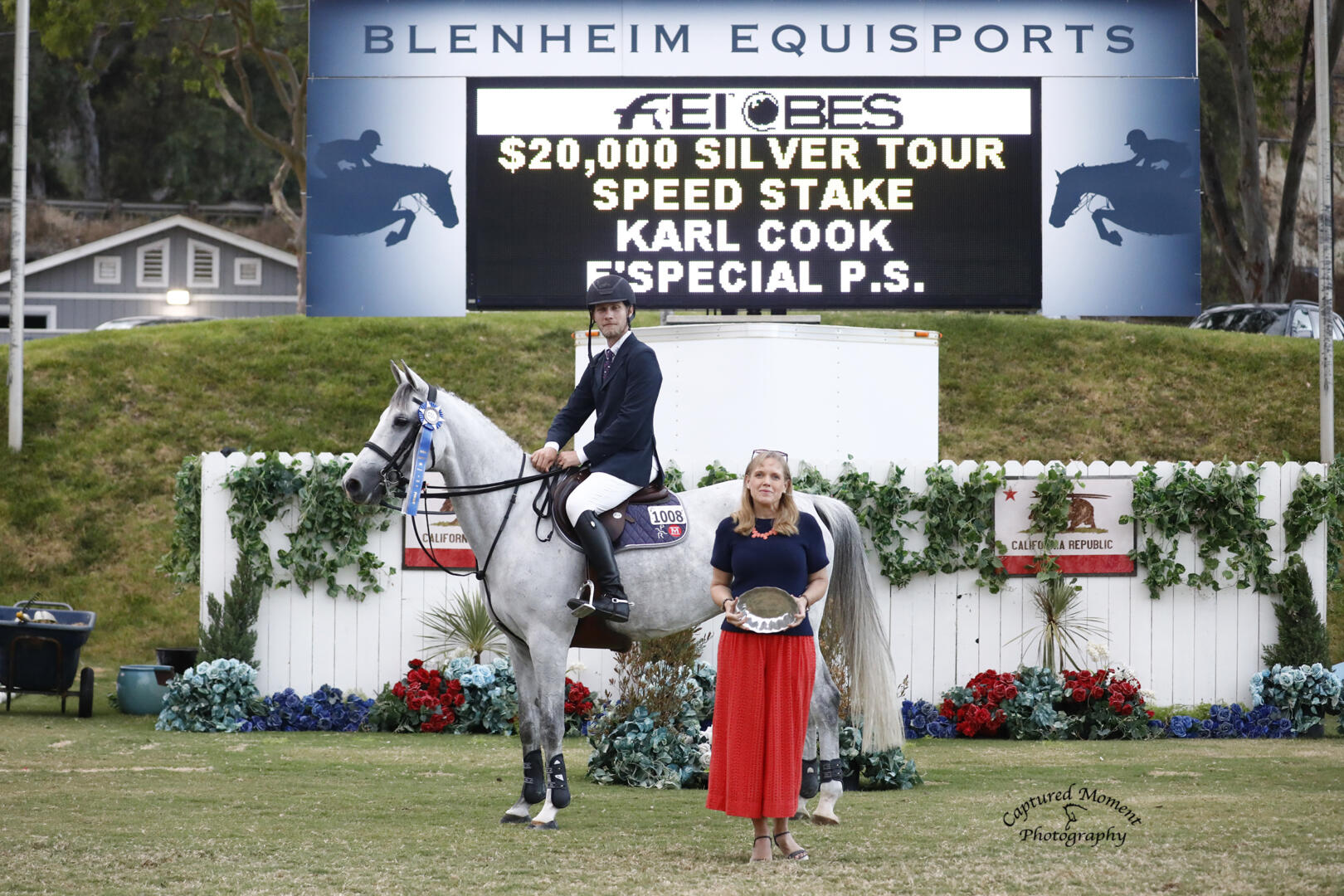 Watch interviews with all four winning riders (below)