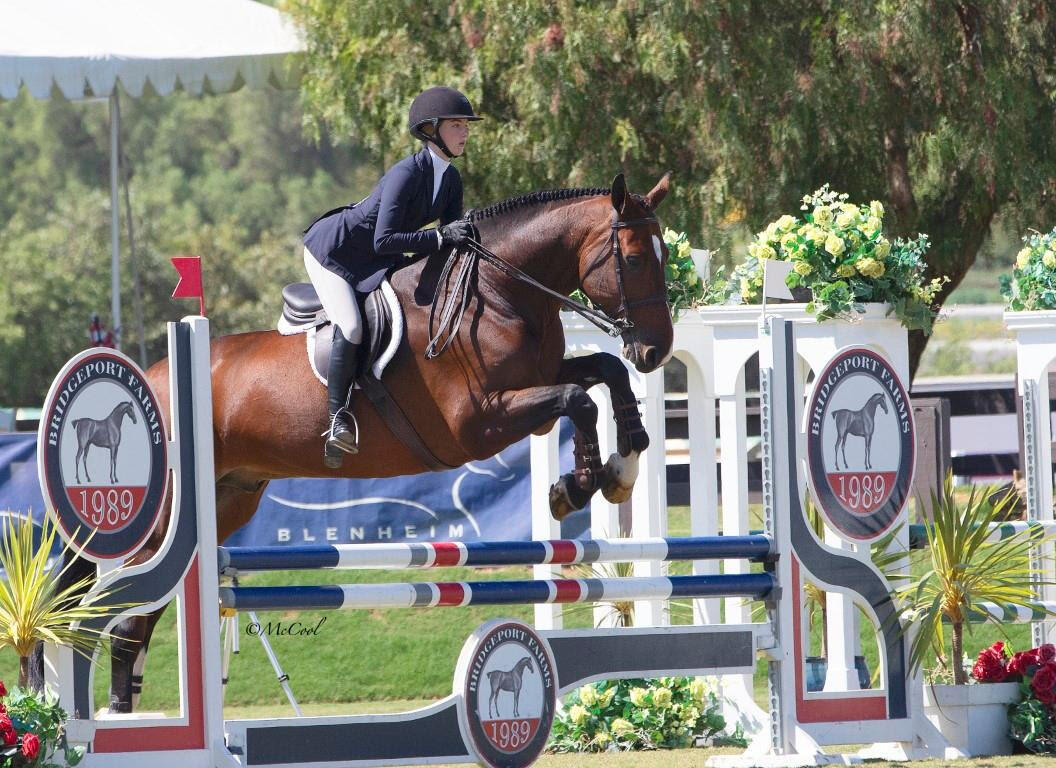 Coming into Saturday’s competition, 14-year-old McMillion had the lead, winning the blue ribbon in both the flat and gymnastics phases aboard Hailey Link’s Loverboy. Earning fourth in the third phase, McMillion, at 376.5 total points, narrowed her lead when third phase winner Charlotte Murray of Los Angeles, California, finished with a total of 375 points. A work-off between McMillion and Murray ensued with McMillion emerging as the champion.

Scores for each of the three phases were progressively weighted: 1, 1.5 and 2, respectively. In the first phase, riders were randomly divided into three groups, lettered A, B and C. Once being judged, they were immediately asked to counter-canter, demonstrating their flat finesse early on. Judges Bill Ellis (Ocala, Florida) and Jim Dahlquist (Portland, Oregon) also asked for extension and collection at both the trot and canter. McMillion, who rode in Group A, earned an impressive score of 89. Presley Newton of Atherton, California, was the top score in Group B with an 85 and overall second place in the phase. Top of Group C, Katalina Rickard of Sherman Oaks, California, with an 84.5, finished third in the flat phase.

The gymnastics phase was a test of the riders ability to adjust and to better understand exercises to prepare a horse to jump their best. Internationally acclaimed course designer Anthony D’Ambrosio (Red Hook, New York) created a track with a bounce, a double and triple combination as well as rollbacks. McMillion also earned an 89 in this round, and with the multiplier of 1.5, her total going into the final round was 222.5. With an 88 score and overall 217, Newton held her second spot. Rickard remained in the third position with an 85 and an overall score of 212.

Sitting fifth in the order going into day two, Murray demonstrated a beautiful round to take the win in the third phase of competition. With a multiplier of two, Murray moved into a close second place, just behind McMillion. The rules state that further testing is required for any riders within three points of the leader, and only 1.5 points separated the top two riders. 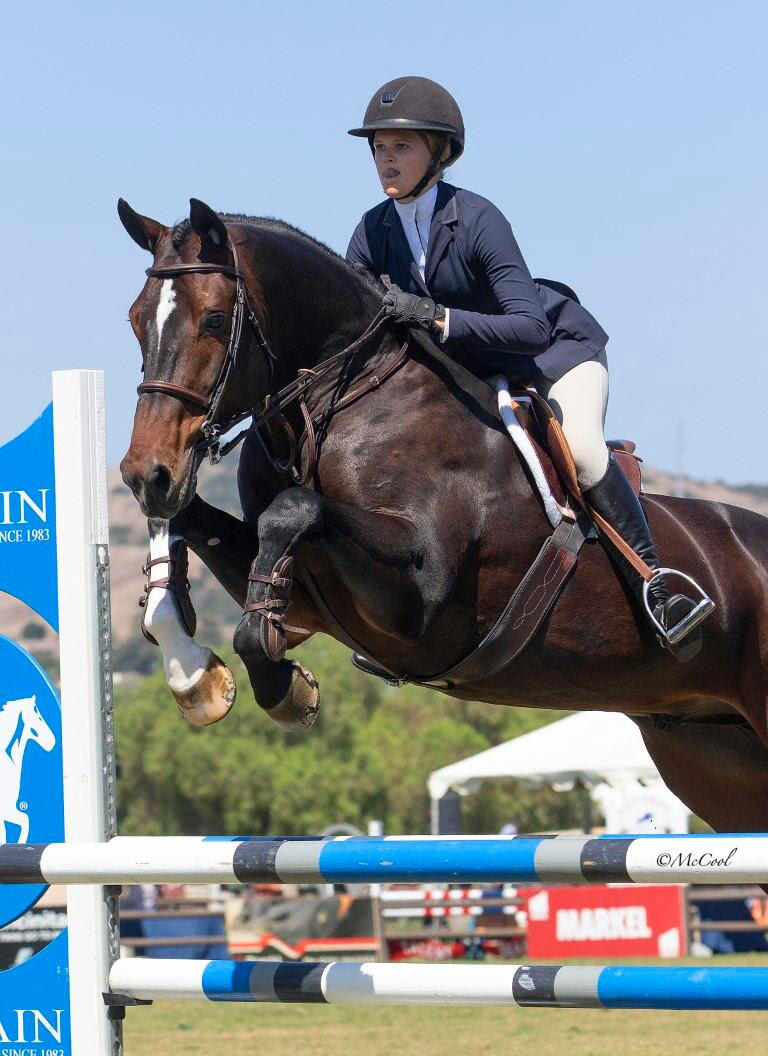 Entering the ring and receiving no further instruction from trainers, the two girls were asked to jump fences one, two, five, 6b, 7, 8a, 8b, 9, and then return to the line at the sitting trot. Both riders were solid in the tough work-off, and McMillion maintained her lead by a mere half a point.

The 2019 EMO Insurance/USHJA 3’3” Jumping Seat Medal Finals champion explained, “I love this medal. It’s a great stepping stone for the [Platinum Performance/USEF] Talent Search. The first phase is a nice start to calm your nerves a bit. The gymnastics phase is really fun and was definitely my favorite part. This was my first year doing it. I really loved the opportunity, and I loved the format of the class.”

Loverboy, McMillion’s medal finals partner, is a 12-year-old gelding owned by Hailey Link. “He is the most fun horse I’ve ever ridden and I’m really grateful to have had him as my partner for this class.” 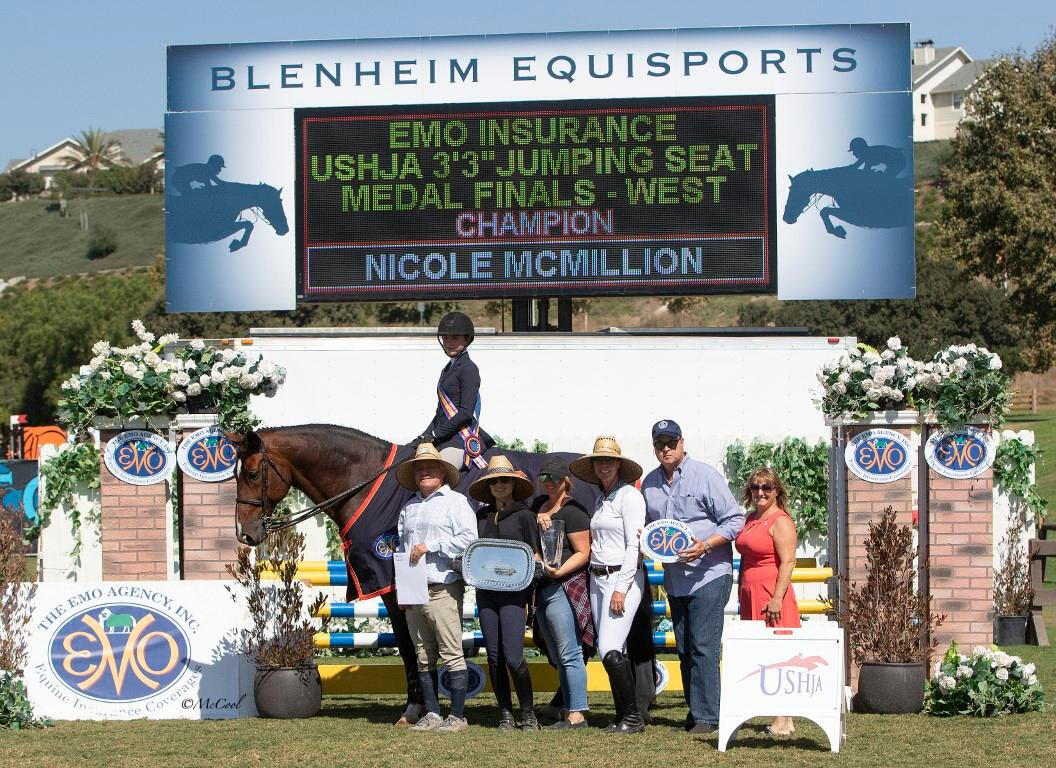 Jim Hagman, head trainer and owner of Elvenstar, trains McMillion along with Rachel Mahowald, who heads the team at Elvenstar’s location in Orange County. Hagman was full of praise. “This class is so important for our industry. I wish we had it twenty years ago. Blenheim does the best job in the world with these championships, which is just incredible,” he said. “Both of the kids are wonderful riders and wonderful kids, and Jeni Brown has also done a great job.”

Brown trains Charlotte Murray and her horse Great Blue. “We imported ‘Beau’ a little over a year ago. He has come so far since then. He’s very brave and confident, and I think the final this year was a great preparation for doing the [Platinum Performance/USEF] Talent Search next year,” Murray commented. “Getting to do basically the same course as the Talent Search was a great experience and was a great preparation for those finals and for jumper competition as well. I especially liked how each of the three phases prepared you for the next.” 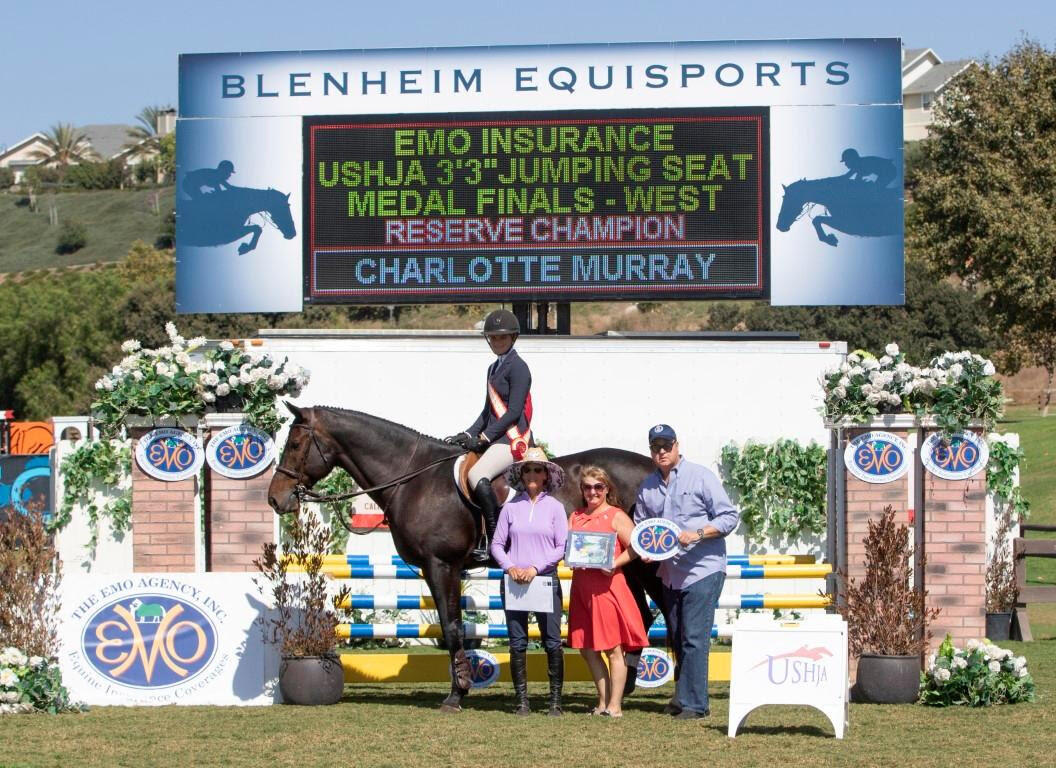 Brown, of Shadowbrook Stables, also noted the value of the class. “I really enjoyed the qualifying classes for this all year. They added the flat phase, which I thought helped the competitors with their riding. Getting to go in the jumper rings with a time allowed is a great experience,” she said. “It’s so nice to be at this venue, and Blenheim did a great job. The flat phase was tough and the gymnastics phase was super. The course out here today was beautiful and was technical enough that the up-and-coming riders could learn a lot from it, but the more experienced riders were still challenged. Thank you to Blenheim, USHJA and EMO for doing such a great job.” 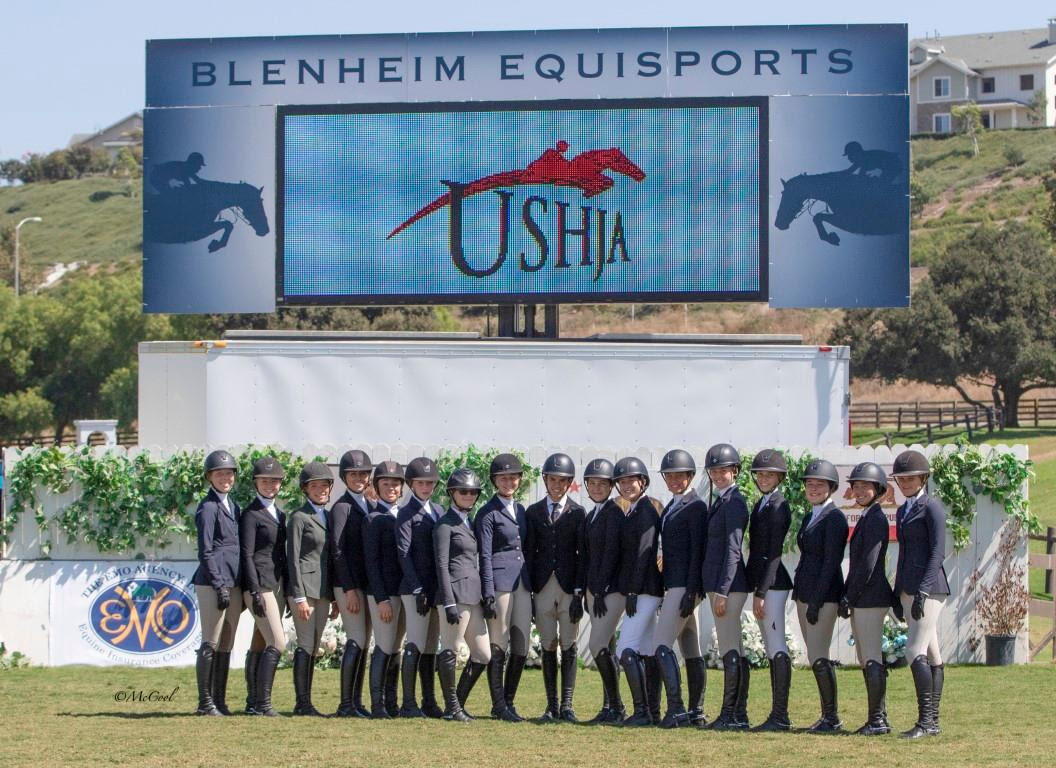 For her victory, McMillion received a gorgeous vase and pewter plate, a Charles Owen helmet and a pair of Parlanti paddock boots, in addition to her ribbon and sash. On hand to help present the awards to the top place finishers was Nick Byassee from title sponsor EMO Insurance.

For her second-placed finish, Murray received a gift from USHJA sponsors Essex Classics and FITS Riding, in addition to her ribbon, sash and commemorative picture frame.

The yellow ribbon went to Naomi Wegner and Lyla, who had a beautiful round in the third phase of competition to move up from eighth to third.