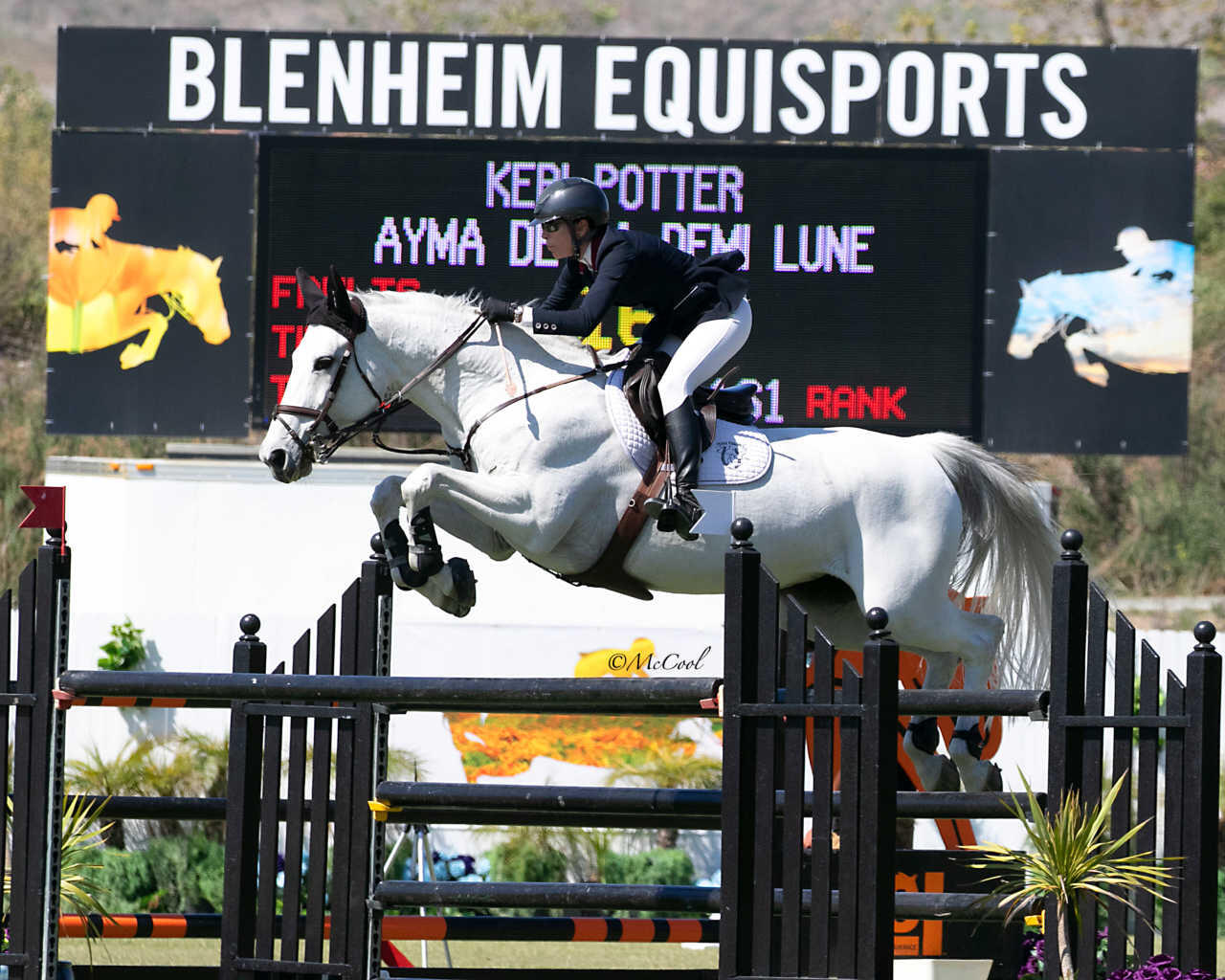 “I think everything was on a little bit of a half stride,” claimed Gath. “She has a pretty short stride, so I was going to do the add in most of the places and once I got to the speed phase kind of just go for it and hope we kept the jumps up.” 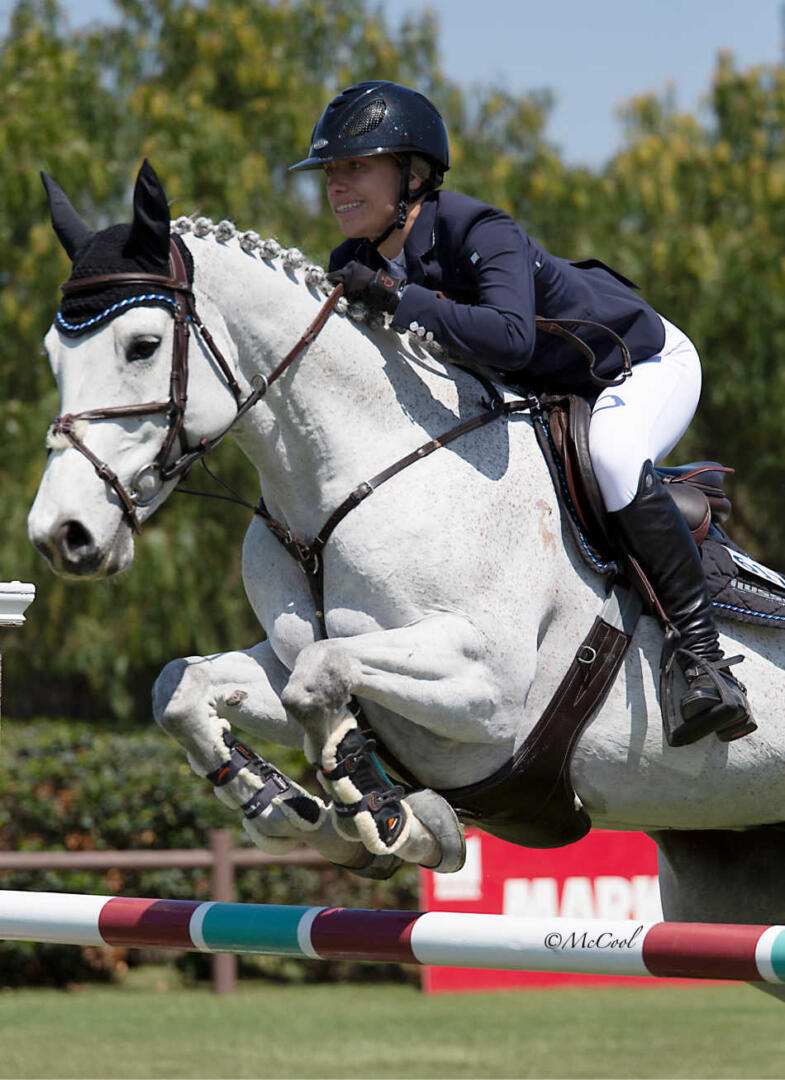 Gath imported the thirteen-year-old Zangersheide mare two years ago from Belgium, but only just started showing the mare herself this past year. She describes the mare as super careful and quick. With big goals in sight, Gath is excited for what’s to come. The pair recently began training at Cassio Rivetti Show Stables.

“I’m just going to try and get a little bit of the bigger tracks more consistently,” explained Gath. “I just moved train with Cassio Rivetti so the program is changing a little bit and so we’re just trying to be a little bit consistent and work towards our goals.”

The West Coast Jumping Tours are a brand-new program to Blenheim EquiSports this season. Riders are able to compete in three different categorizes varying by height and prize money earned. The Bronze Tour ranges from 1.35m to 1.40m and had a prize pool totaling $17,500.

“I think it is awesome because there’s a lot of money involved which is great for me because I’m working towards Young Riders, so all the money that I can get the better. I think it brings another level of competition to this sport on the west coast which I think is really needed,” continued Gath.

Second place was awarded to Hallie Bettenwieser and Ezmeralda EH Z while third was claimed by Vani Khosla and Billy Mexico. 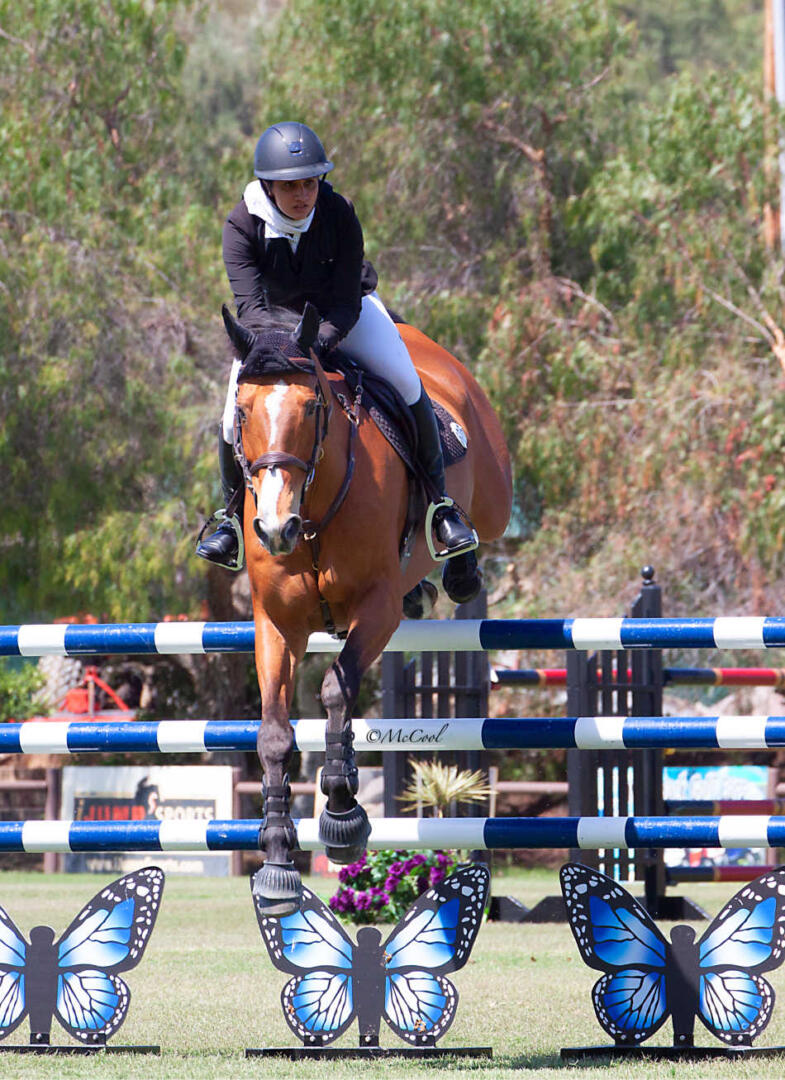 Thirty-five competitors battled it out on Wednesday in the $5,000 1.35m Bronze Tour Speed Stake. Riders races against the eleven obstacle track and in the end it was Khosla and Billy Chatter who would emerge victorious. The duo stopped the clock at 62.737 seconds, two seconds faster than the second-place finisher.

At the start of 2017, Khosla purchased the twelve-year-old Anglo European gelding from the Billy Stud. She began competing the gelding in the 1.20m jumpers and Low Amateur-Owner divisions and has moved up to compete in the High Amateur-Owners and Grand Prix level.

Saree Gordon Solanki and Tomboy Farm’s Azuro 108 finished second with a time of 64.096 seconds. Finishing third at a time of 65.157 seconds was Michelle Parker and Farambole. 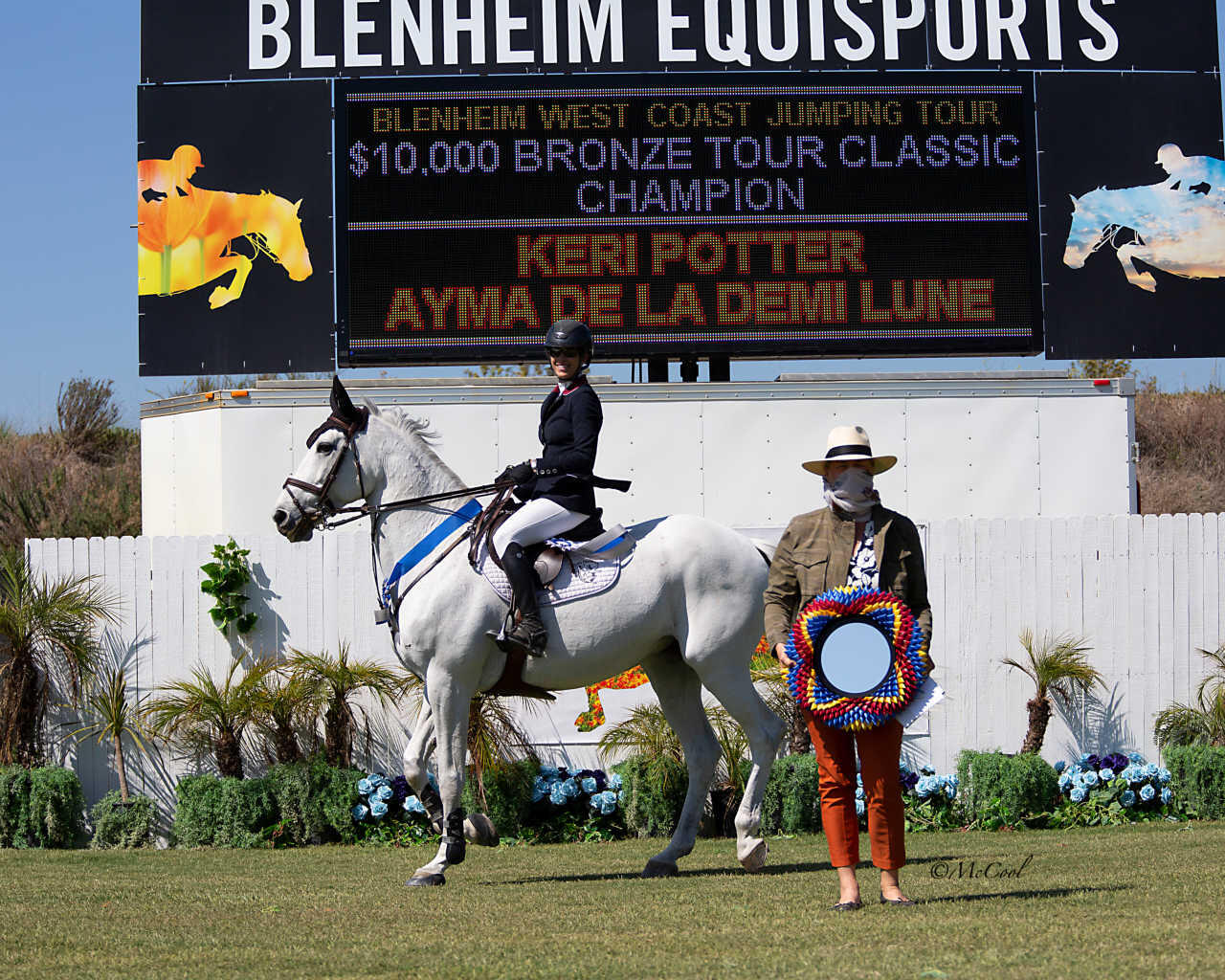 The Bronze Tour was completed on Friday afternoon with the $10,000 1.40m Bronze Tour Classic. Thirty-four riders challenged the initial thirteen obstacle track and eight advanced to the jump-off round. Saving the best for last in the jump-off, Keri Potter and Ayma De La Demi Lune stopped the timers at 40.005 seconds to claim the victory.

Finishing in second place was Speed Stake winners Khosla and Billy Chatter only tenth of a second slower at a time of 40.161 seconds. Mattias Ekeroth and Dacarlos rounded out the top three with a time of 40.310 seconds.

The Bronze Tour returns during Blenheim Spring Classic III with a prize pool of $40,000 across the three events. Additionally, Week III brings the much anticipated $75,000 Interactive Mortgage “Ticket to Ride” 1.50m Grand Prix and a $25,000 1.50 Speed Stake. 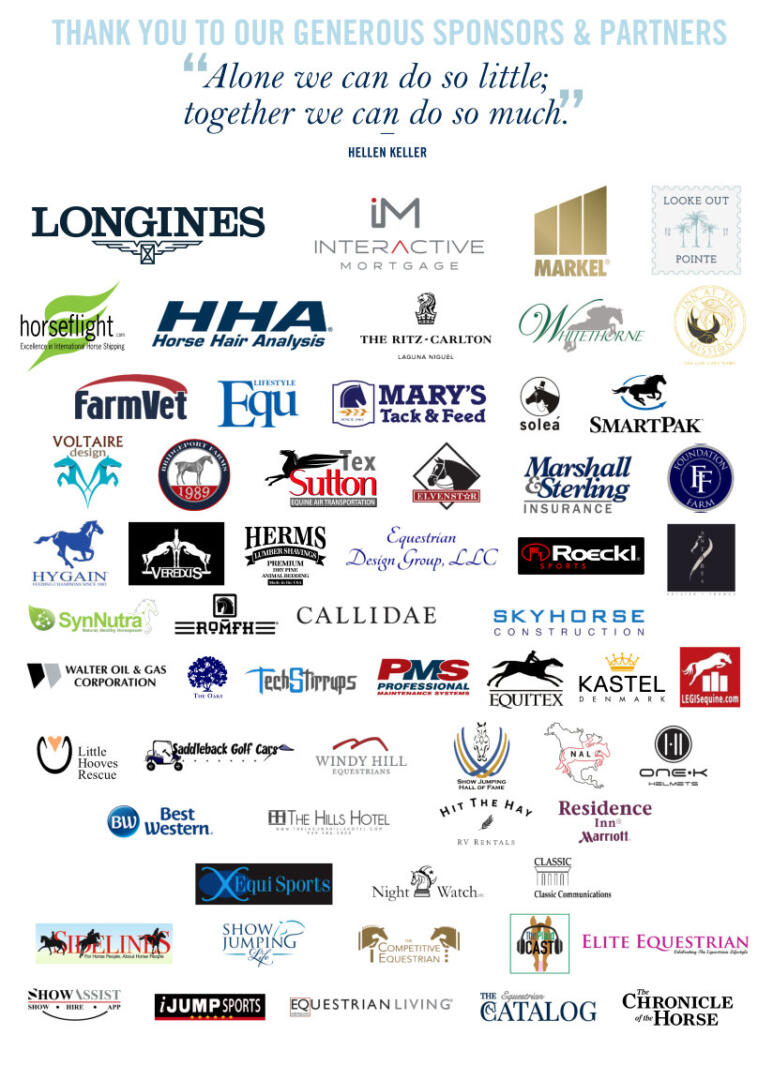