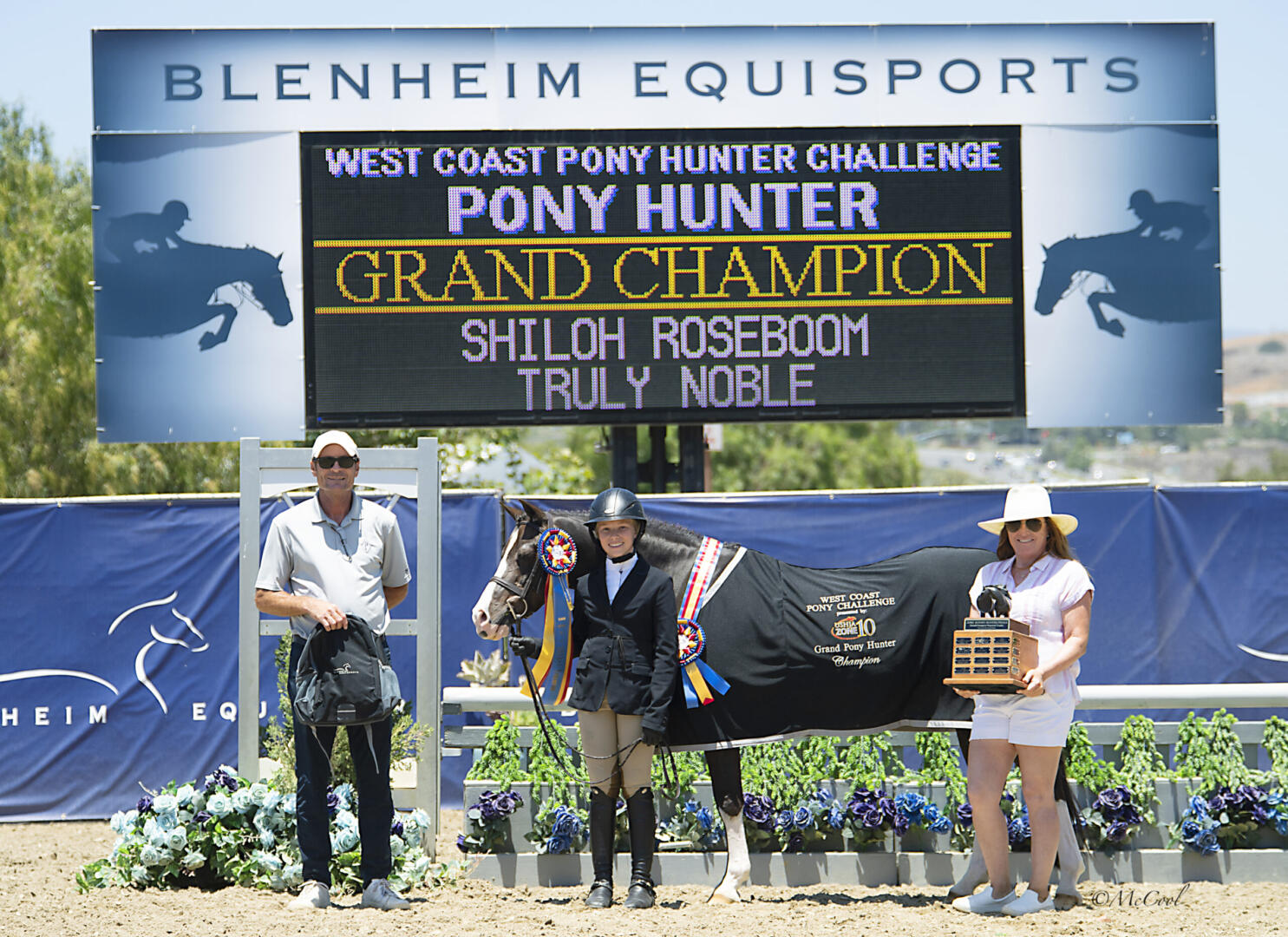 San Juan Capistrano, CA – June 27, 2021 – Shiloh Roseboom on Truly Noble, Lauren Padilla aboard Buzzworthy, Laurel Piombo on Chianti de Luxe, and Emma Tangen with Bragging Rights were among the major winners of the week as the smallest competitors took to the biggest sand ring during the Blenheim June Classic III in San Juan Capistrano, CA.

From among them, Roseboom rode to the Pony Hunter Grand Championship for the third consecutive time, this year aboard Truly Noble. 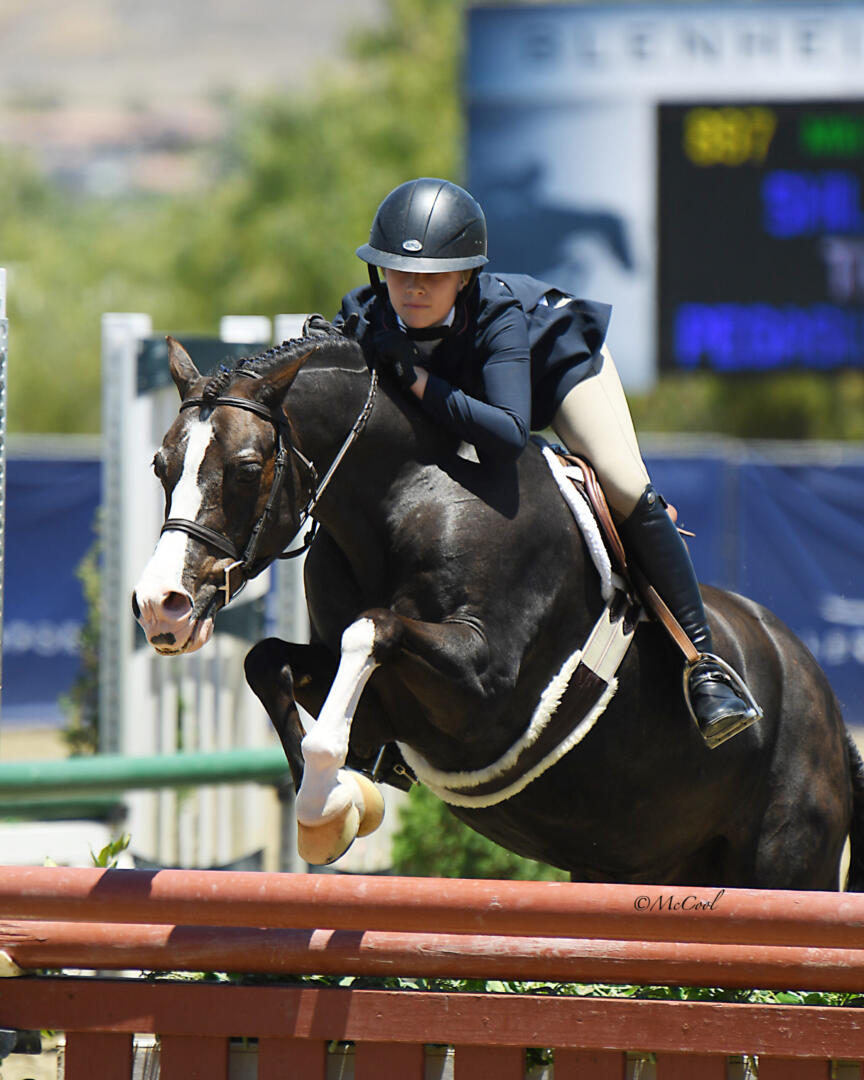 “It feels awesome to be grand champion again!” said Roseboom, who added her name to the West Coast Pony Challenge Grand Champion Perpetual Trophy, donated by Willowbrooke Farm. “It’s definitely a great accomplishment for the ponies, and it’s a big deal for me.”

“My favorite part of this week is that the ponies are prioritized,” continued Roseboom, who, like many of her fellow young competitors, utilized the stiff pony competition and the format of the Blenheim Equisports West Coast Pony Challenge as preparation for the USEF Pony Finals, to be held August 9-15 in Lexington, KY. “They get to show in a nice big ring, and it’s a big deal for them.” 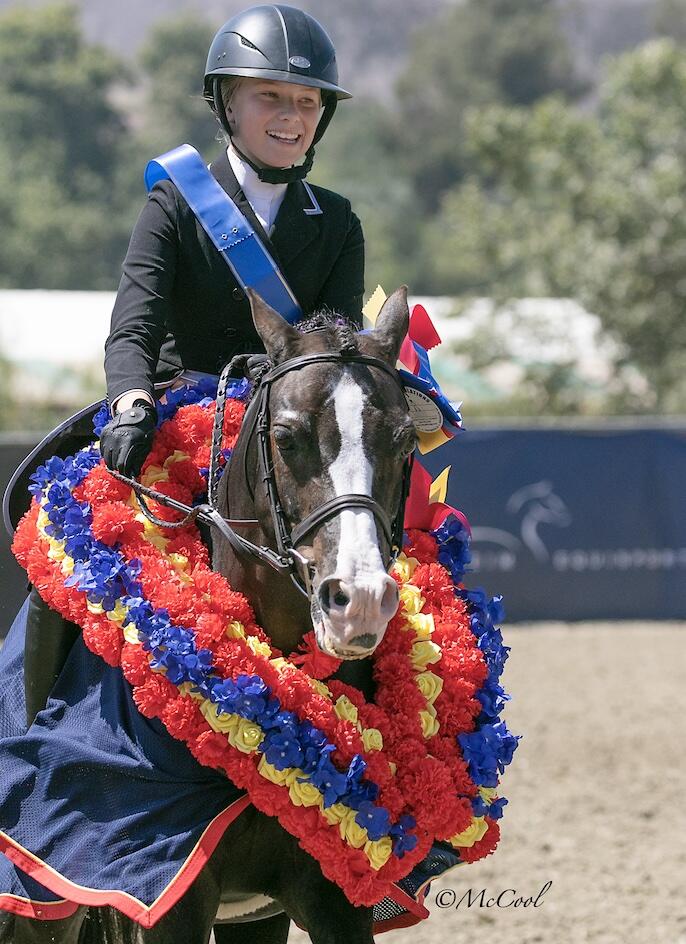 “The Gochman family had [Truly Noble] for a few years, and he had a really successful career with them,” explained Roseboom, who trains with Michael and Christa Endicott. “He’s won almost everywhere, but he actually got hurt three years ago. We thought that it would be time to retire him, but he showed that he still wanted to come back! So, he’s 24, and he’s still loving showing around. We’ve been saving him just for this week!” 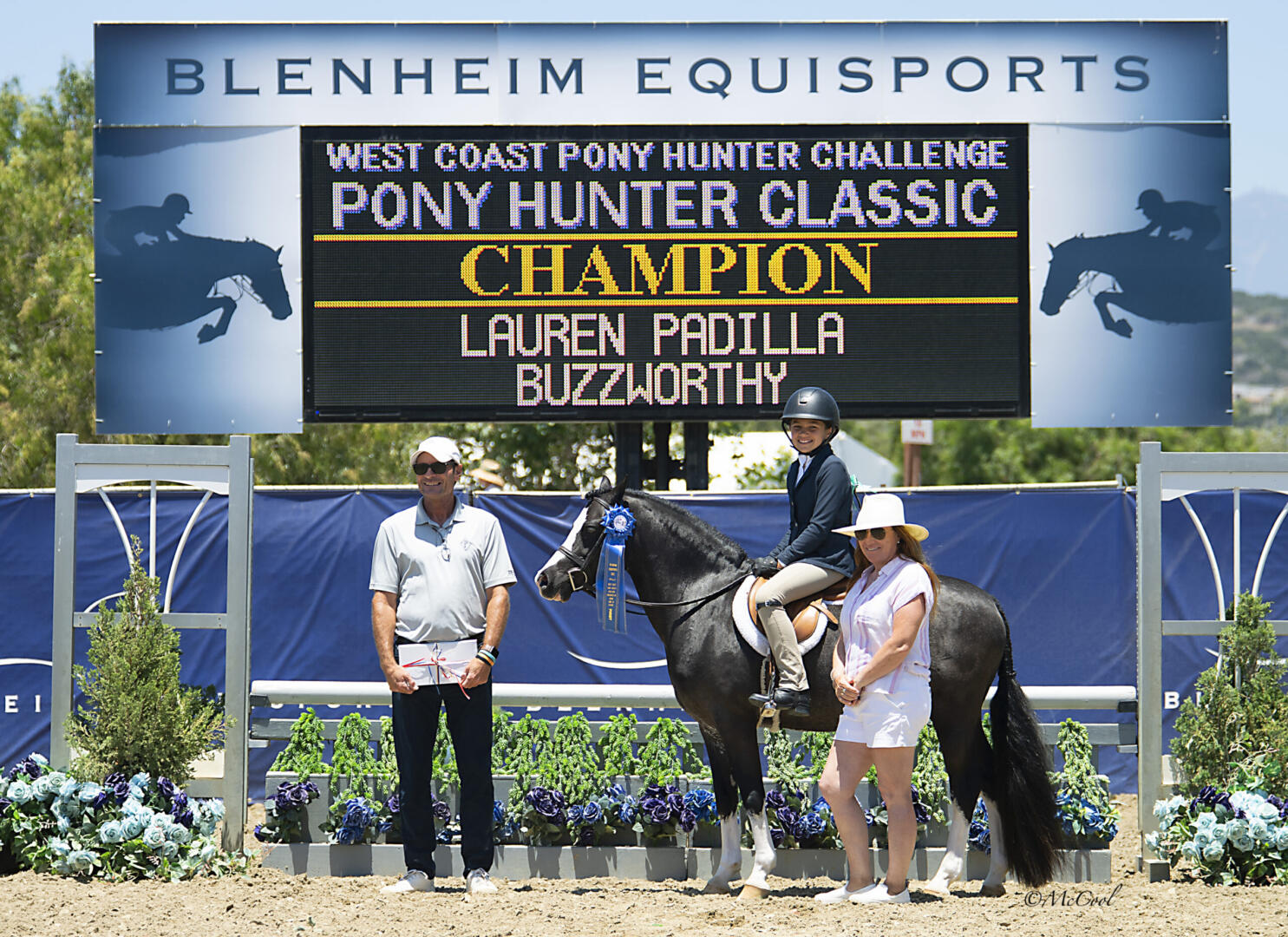 “Buzzworthy is one of the best ponies that I’ve ever ridden,” said Padilla, who led the way in the classic on scores of 84 and 86 for a 170 winning total. “He likes to go fast. That’s one of the reasons why they call him Buzz. In my favorite round, I wasn’t sure if I should do the inside turn to the fifth to the last, and Buzz poked his ears forward like he was saying, ‘Let’s do it!’ So that was fun!”

For the classic victory, Padilla was presented with a Blenheim picture frame and a $50 gift card to Mary’s Tack & Feed. Finishing in second with scores of 83 and 85 for an overall score of 168 were Roseboom and Truly Noble. 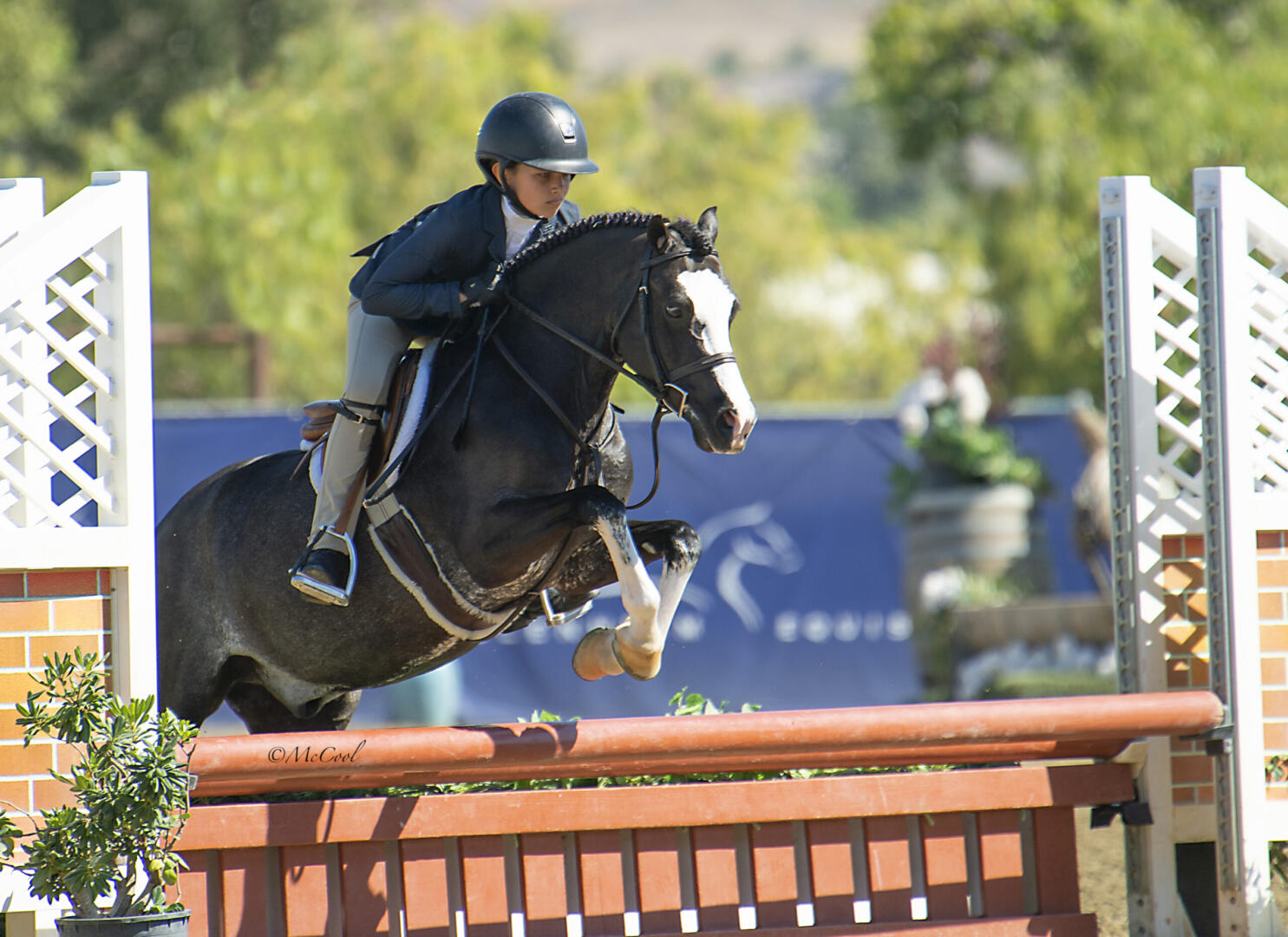 “This is a great week and event for the kids,” said Christa Endicott, who trains both Roseboom and Padilla. “It’s always something to look forward to all year. Everyone turns out for it. It’s big competition, and it’s great for the sport.”

The Green Pony Hunters also took their turn in the spotlight on Friday and Saturday, with the Grand Green Pony Hunter championship ultimately presented to Emma Tangen and Bragging Rights, owned by Billie Guerin.

The duo earned two wins and a second-place finish over fences, as well as a second place under a saddle and a win in the model of the Large Green Pony Hunters for the overall victory. 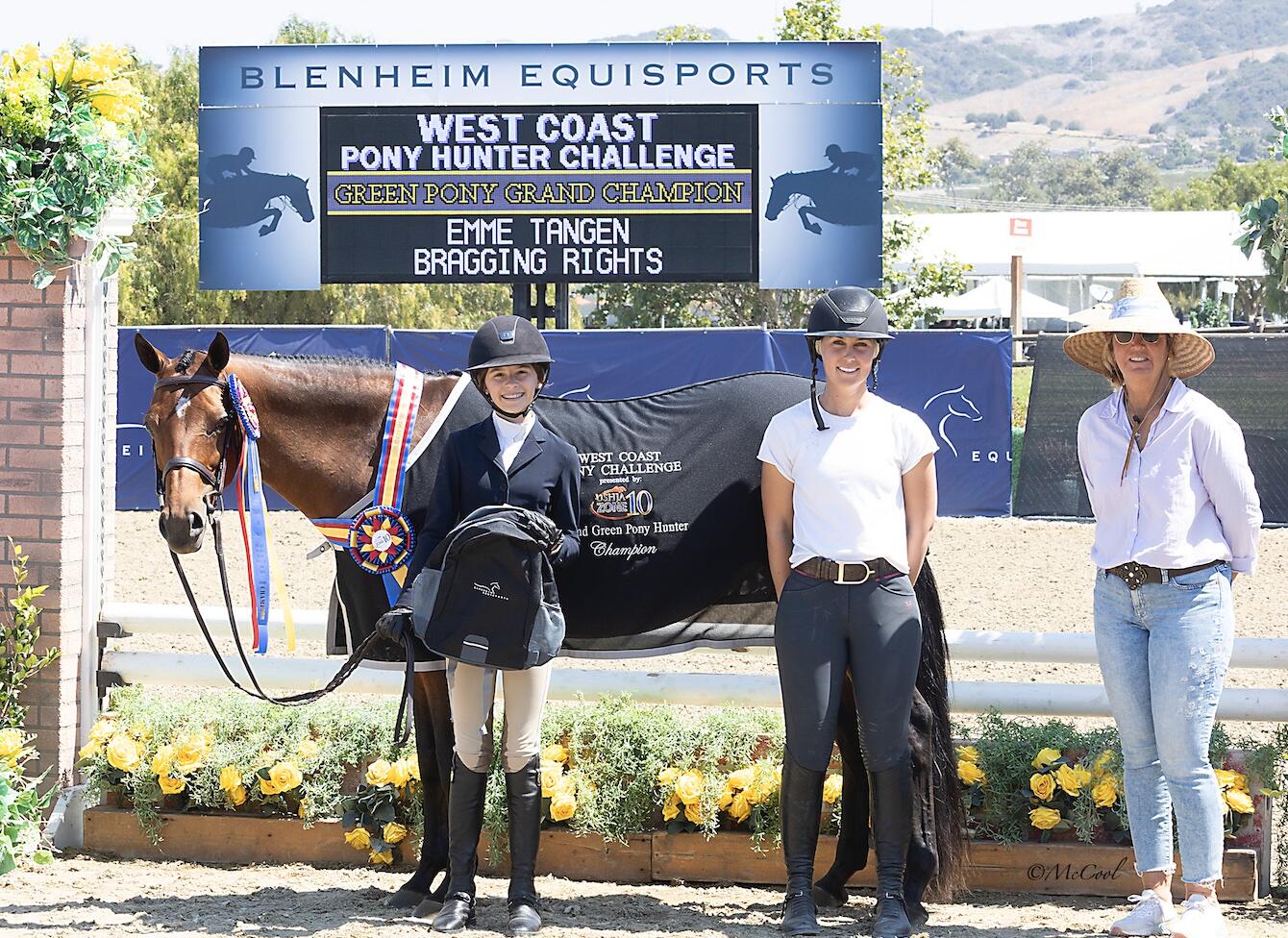 “[Bragging Rights] is the most perfect pony ever,” said Tangen, who will be heading to her first Pony Finals in August. “It’s really fun showing in the big ring because everyone comes to watch you, and they clap for you.” 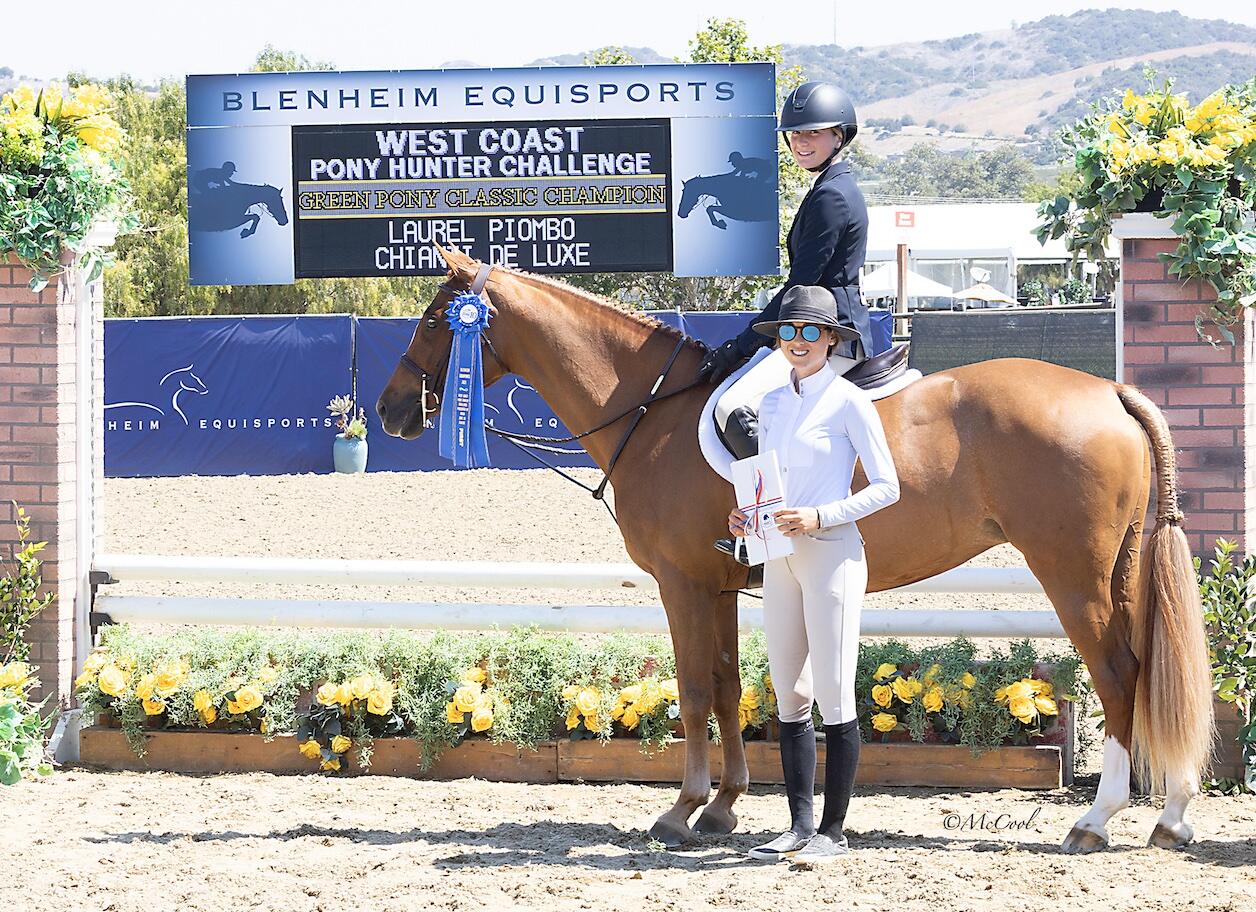 “Chianti de Luxe had been doing the jumpers, so she is new to the hunters. She’s just been great lately!” said Piombo, who earned scores of 82 and 80 for a total score of 162. “I think getting the bigger strides in the lines and using her big stride as an advantage was really helpful this week.”

Also earning a special award on Saturday afternoon was Sophia Donald. Donald was selected by the judges, ringmaster and back-gate staff as the recipient of the West Coast Pony Challenge Sportsmanship Award, presented by San Marco Training and Corrine Bevis. For the honor, Donald was awarded a Valencia Saddlery gift bag and a gift from Blenheim EquiSports. 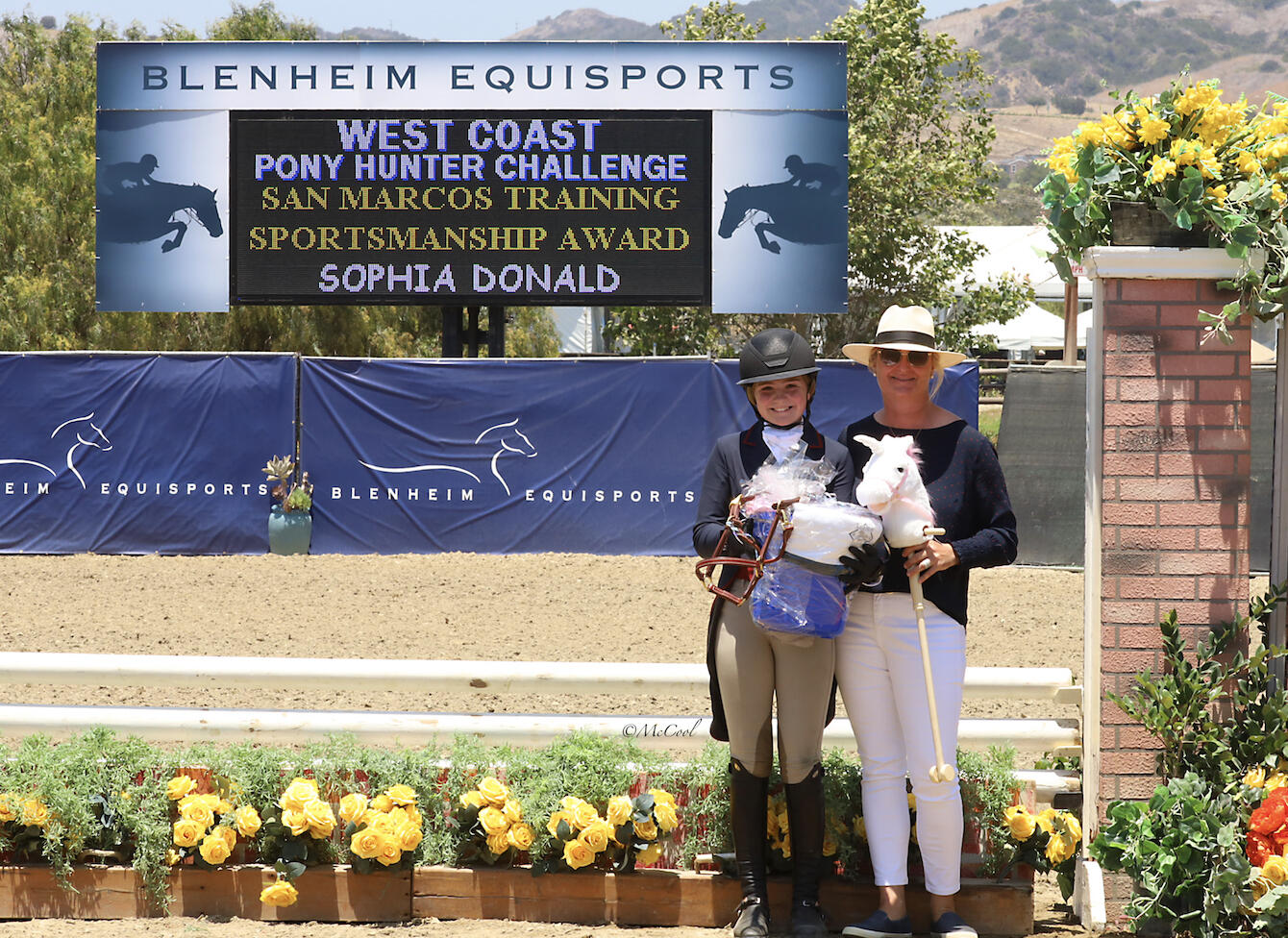 All champions throughout the week received scrim sheets, sponsored by Outdoor Outfitters, as well as Blenheim groom totes, back packs and gift bags. All “A” rated pony hunter class winners also received a Corro gift card.

In addition to the top competition at the Blenheim June Classic III, pony riders had the chance to partake in several special events and learning opportunities throughout the week.

On Wednesday evening, more than 25 ponies and their young riders participated in a complimentary Pony Hunter Model Clinic, generously put on by Carleton and Traci Brooks of Balmoral Farm. The two renowned trainers covered how to properly jog and stand a pony to model, how to handle any issues that may arise and how to best show off one’s pony to the judge. Carleton and Traci additionally reviewed questions commonly asked on the Emerson Burr Horsemanship Grant Quiz.

For full division and classic results from the week, visit ShowgroundsLive.com. Blenheim EquiSports is the #PlaceToJump all season long. Learn more and view the free livestream of all rings by visiting ThePlaceToJump.com. 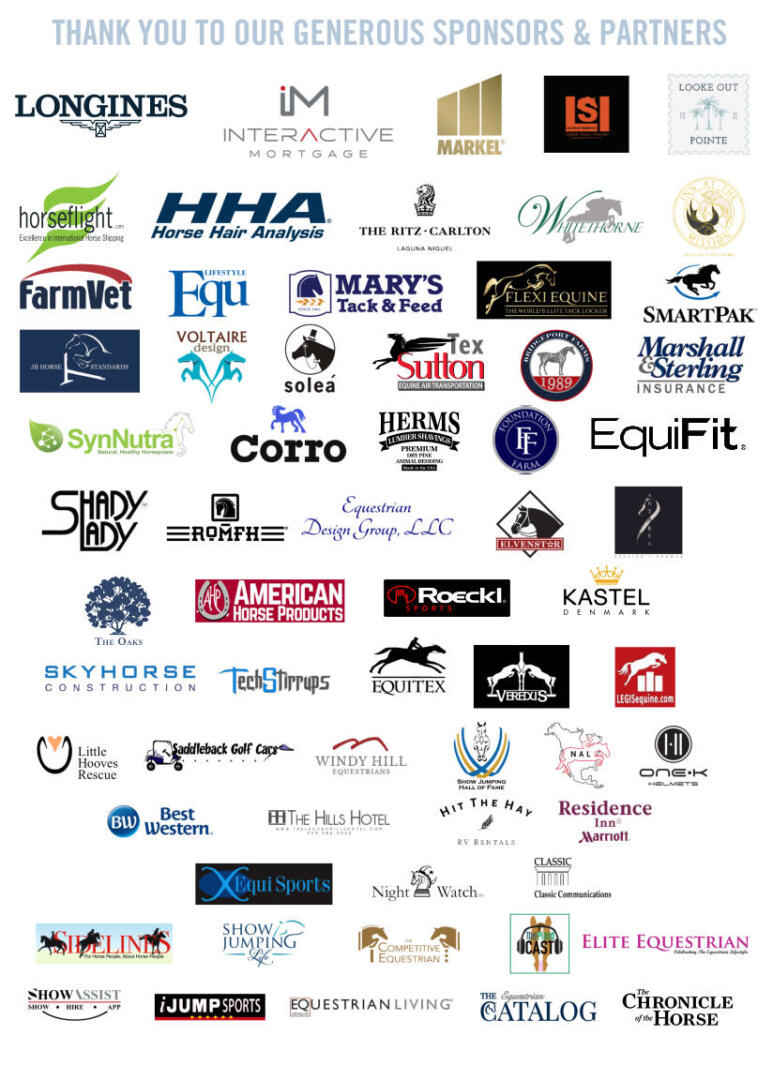