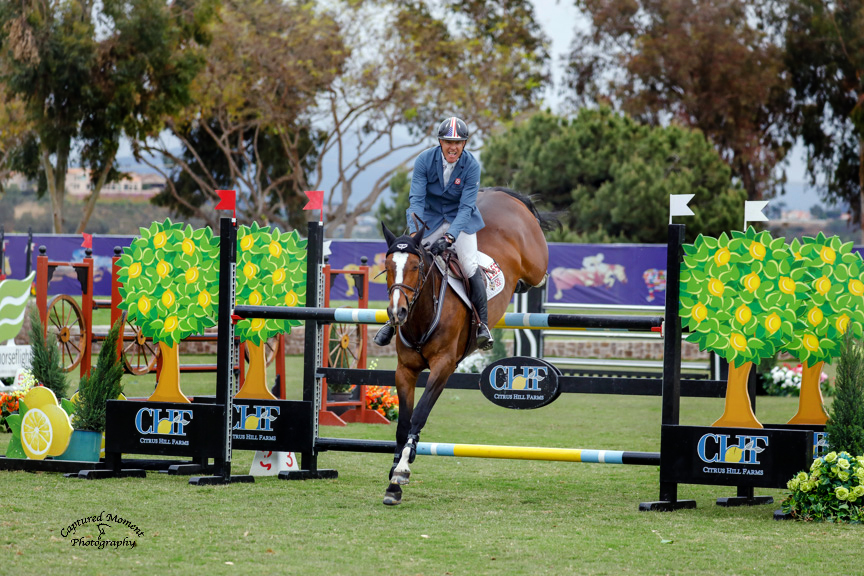 Course designer Ken Krome had the task of building a track that welcomed the Gold Tour participants to the Grand Prix Field on the first day of competition. 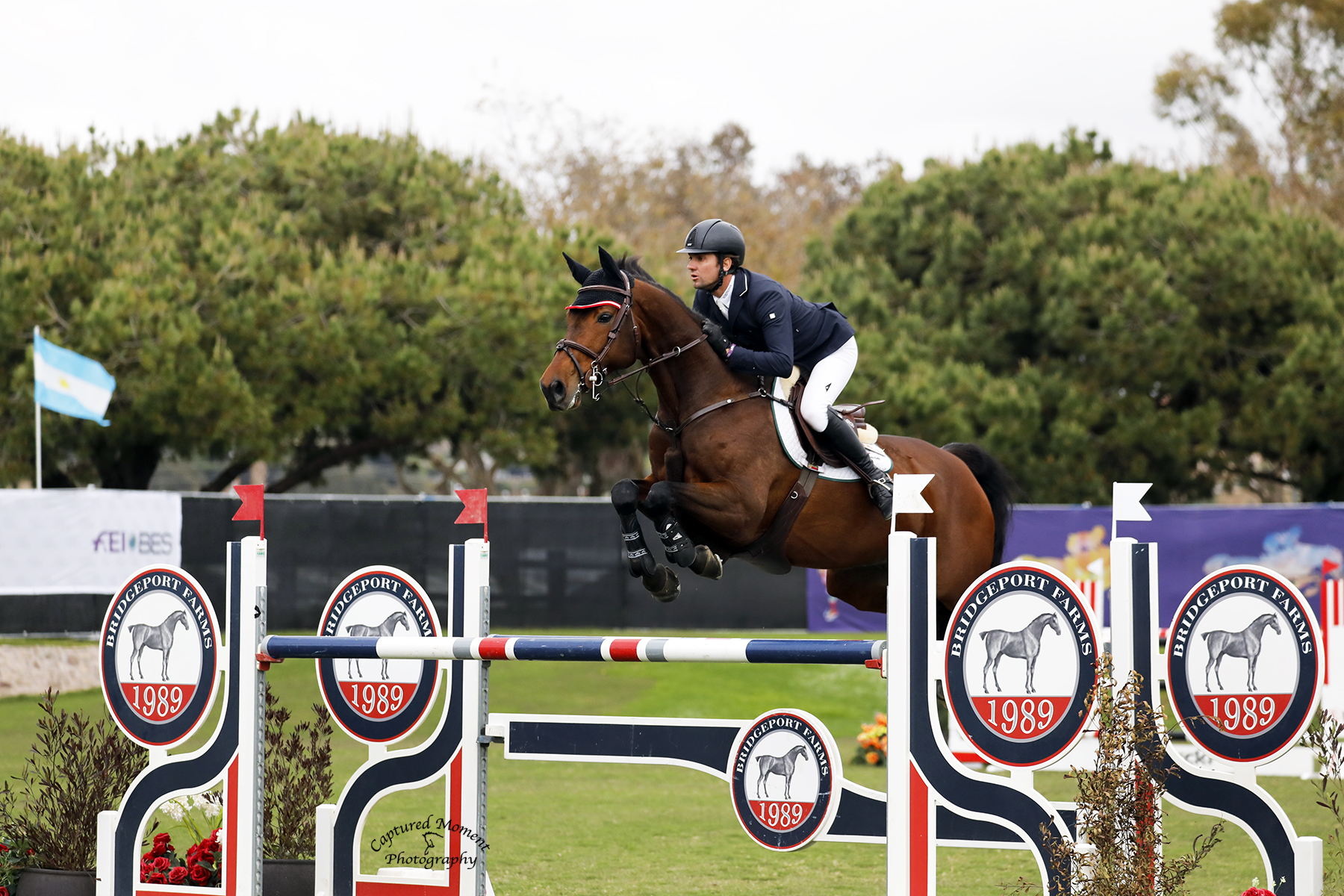 Second to go, Rivetti and Queen were clean in the power phase and continued on to the speed phase finishing fault free in a seemingly unbeatable time of 31.53 seconds.

Rivetti held the lead well into the second half of the class. Spectators were on the edge of their seats, as they watched rider after rider try to catch his time. Seventh in the order, Shawn Casady and Cicomein VDL, crossed the timers in 31.40 seconds, but caught a rail to end on four faults.

It seemed like Rivetti might take the top prize, until Fellers and Steelbi entered the ring. Fellers breezed through the first round. Directly after landing on the backside of fence 8, he hit the gas. Riding a masterful track through the S-line, the pair hugged the inside standards and shaved the bending turns. The crowd watched in awe, as Fellers decided to leave out a stride in the last line, with Steelbi stretching across the final oxer at 13, galloping through the timers in a blazing 28.49 seconds.

Fellers described the track as “a good power & speed course” and noted that Steelbi “is becoming quite a speed horse.” See their post win interview below.

Watch winning round and interview and with Rich Fellers (above)

The FEI competition continues on Thursday where once again speed is the name of the game in the $36,000 1.45m Gold Tour Speed Classic. On Saturday, the $75,000 1.45m Gold Tour Grand Prix will wrap up the FEI CSI2* week and determine the winner of the Gold Tour Leading Rider Award. The award winner will be presented with a golden opportunity to experience two weeks of FEI CSI 3* competition in Monterrey, Mexico at Club Hípico La Silla. 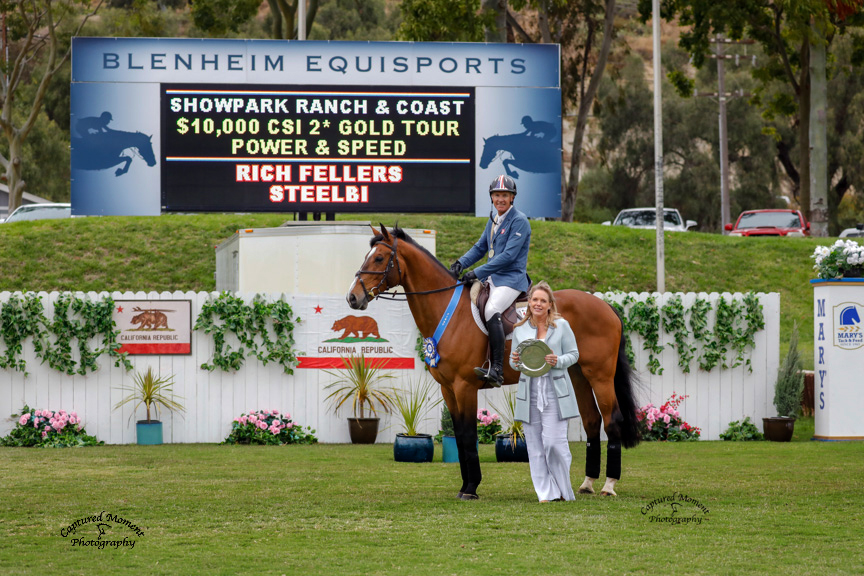 Rich Fellers aboard Steelbi with Melissa Brandes of Blenheim EquiSports 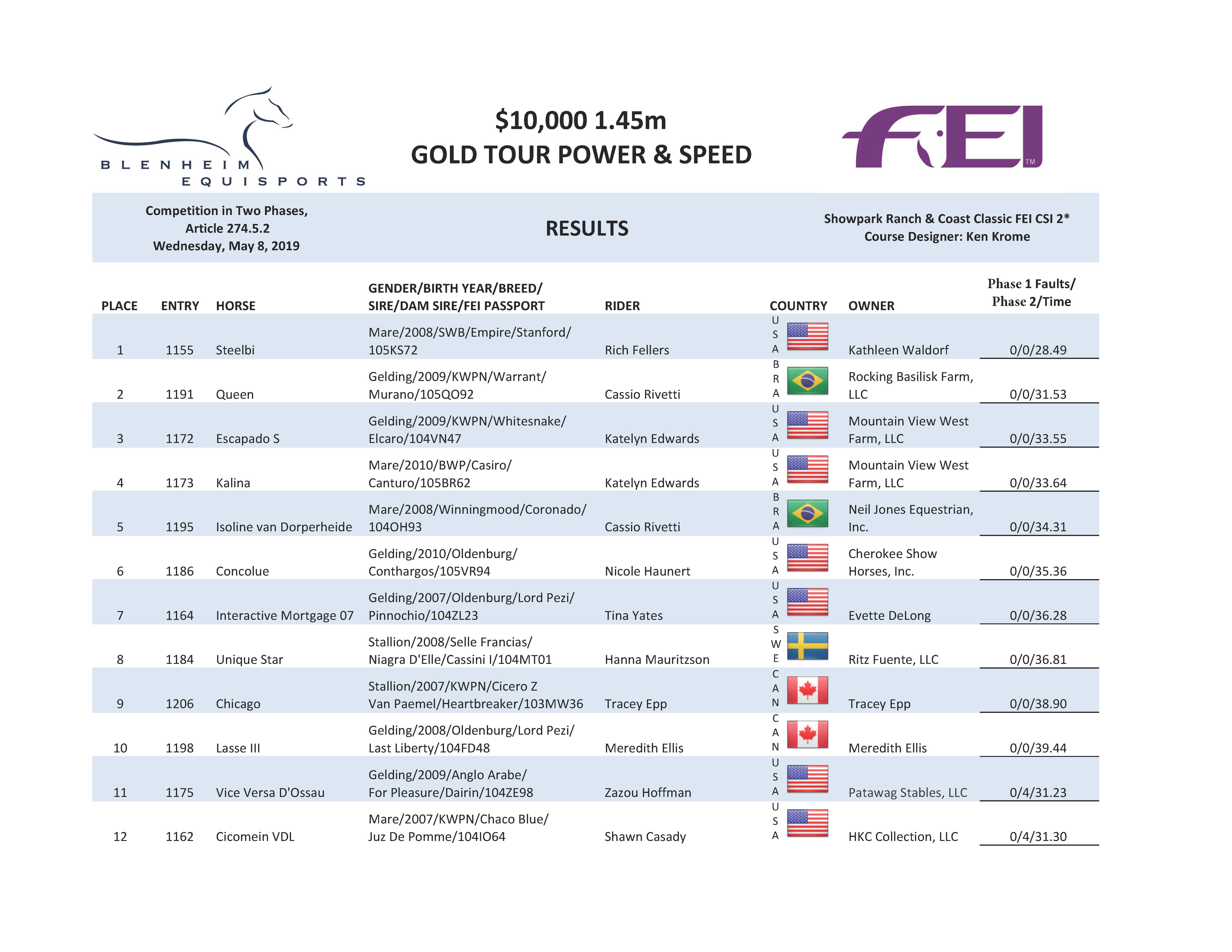