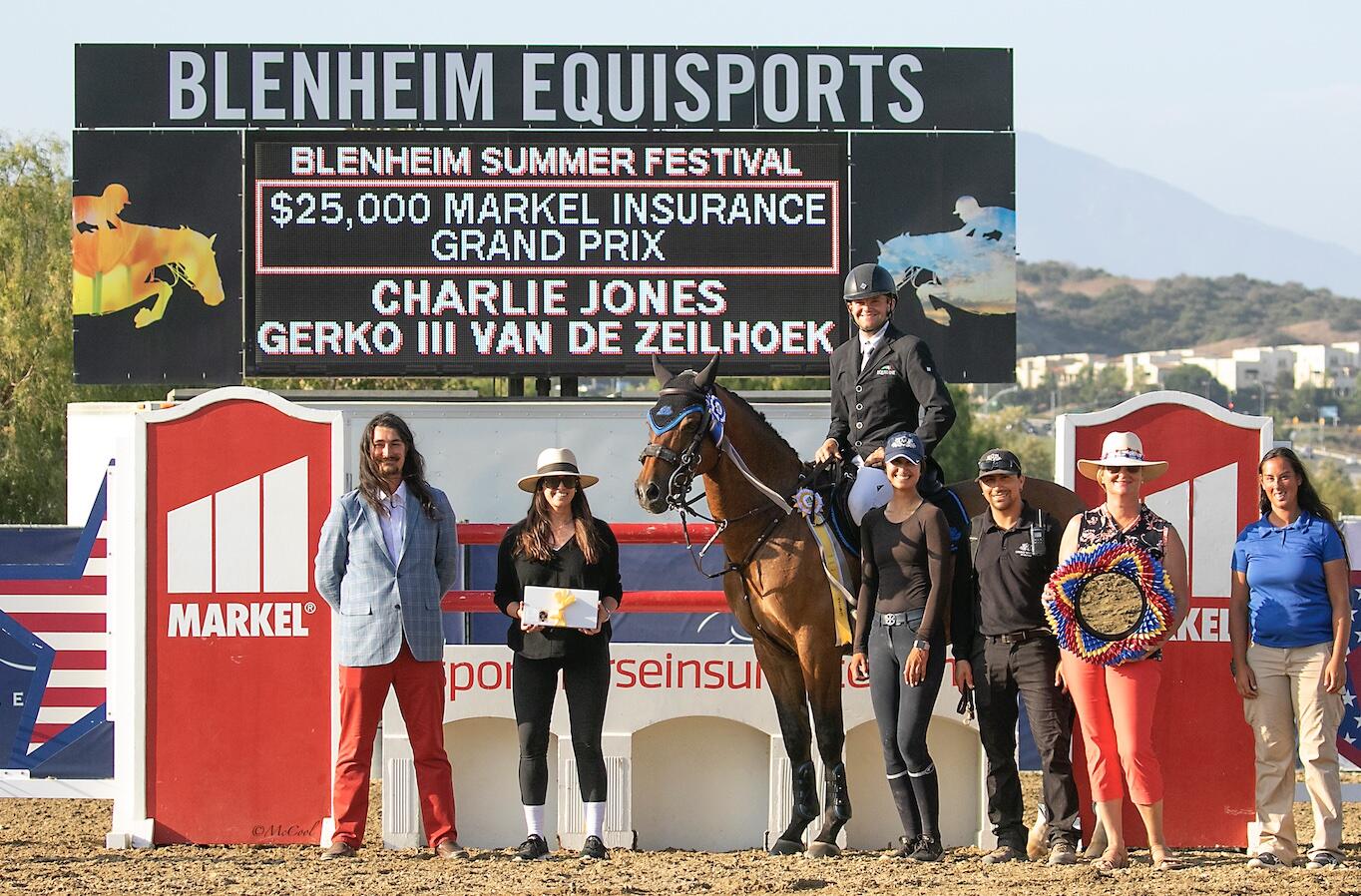 San Juan Capistrano, CA ­— July 25, 2021 — The first of three festival weeks kicked off with newcomer Charlie Jones jumping to the top of the leaderboard taking both first and third on Gerko III Van De Zeilhoek and Charismo Z respectively in the $25,000 Markel Insurance 1.45m Grand Prix during the Blenheim Summer Festival.

The Markel Insurance Jumper Series has been growing in popularity enticing many new competitors, like Jones, to see if they could add their name to the list of twenty-five individuals who will be invited to take part in the finale at the Las Vegas National Horse Show in November. 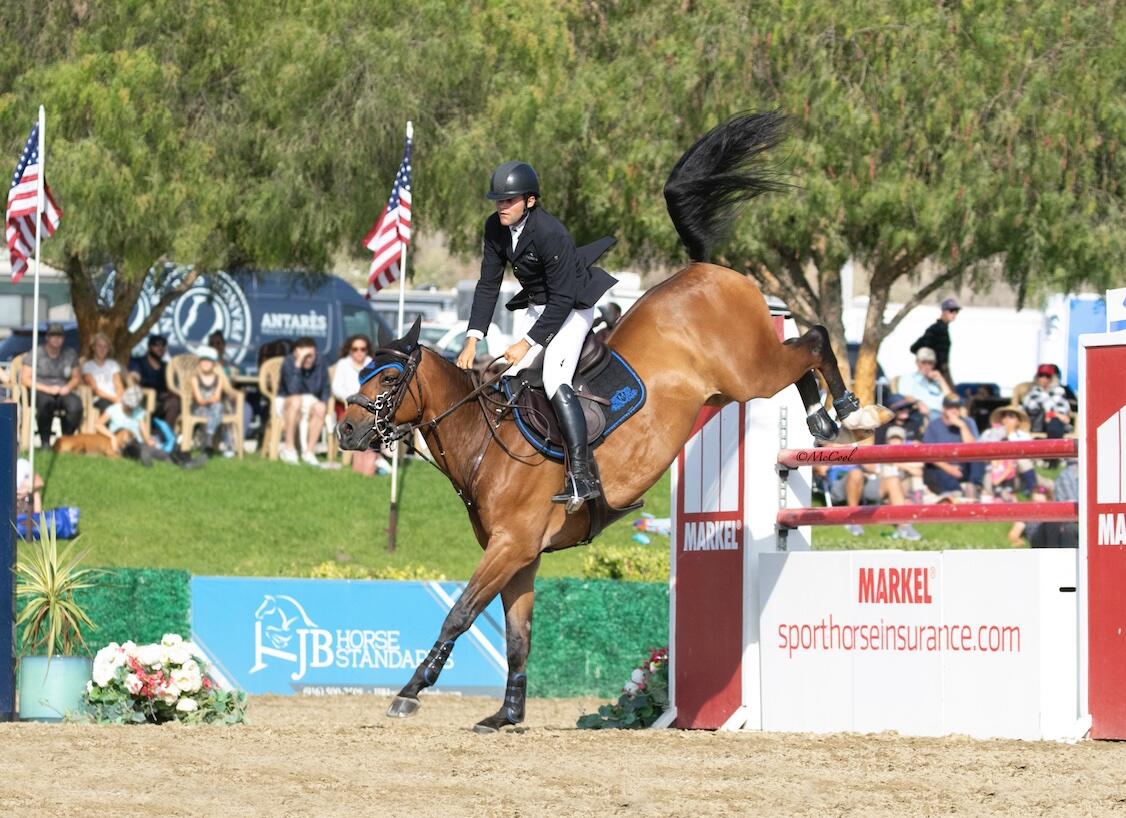 Similar to the popularity with riders, spectators packed the stands and the surrounding grass area to watch as a starting field of 16 horse-and-rider combinations contested the course designed by Andrew Lima and experience the highly regarded Olympic Sand Arena. Ultimately, six horse and rider pairings would advance to the shortened track.

Jones set the pace in the jump-off as he had the first clear ride on Charismo Z, an 8-year-old Zangersheide gelding. From there, he bested his own time, shaving off two seconds with 10-year-old Dutch Warmblood Gerko III Van De Zeilhoek. Jeffery Fields and Sherlina Ale, a 9-year-old Dutch Warmblood gelding owned by Sahana Ganesan, tried their hand at the track falling just short of taking that top spot by two-tenths of a second, ending up second overall.

With two horses in the jump-off, Jones set a goal of going for the top two spots, “I definitely went in trying to beat my other horse. I really wanted first and second, but we didn’t get that today. The other horse, Charismo, is a bit greener than Gerko and I felt like I pushed him as hard as I wanted to, and Gerko I can push a bit more.” 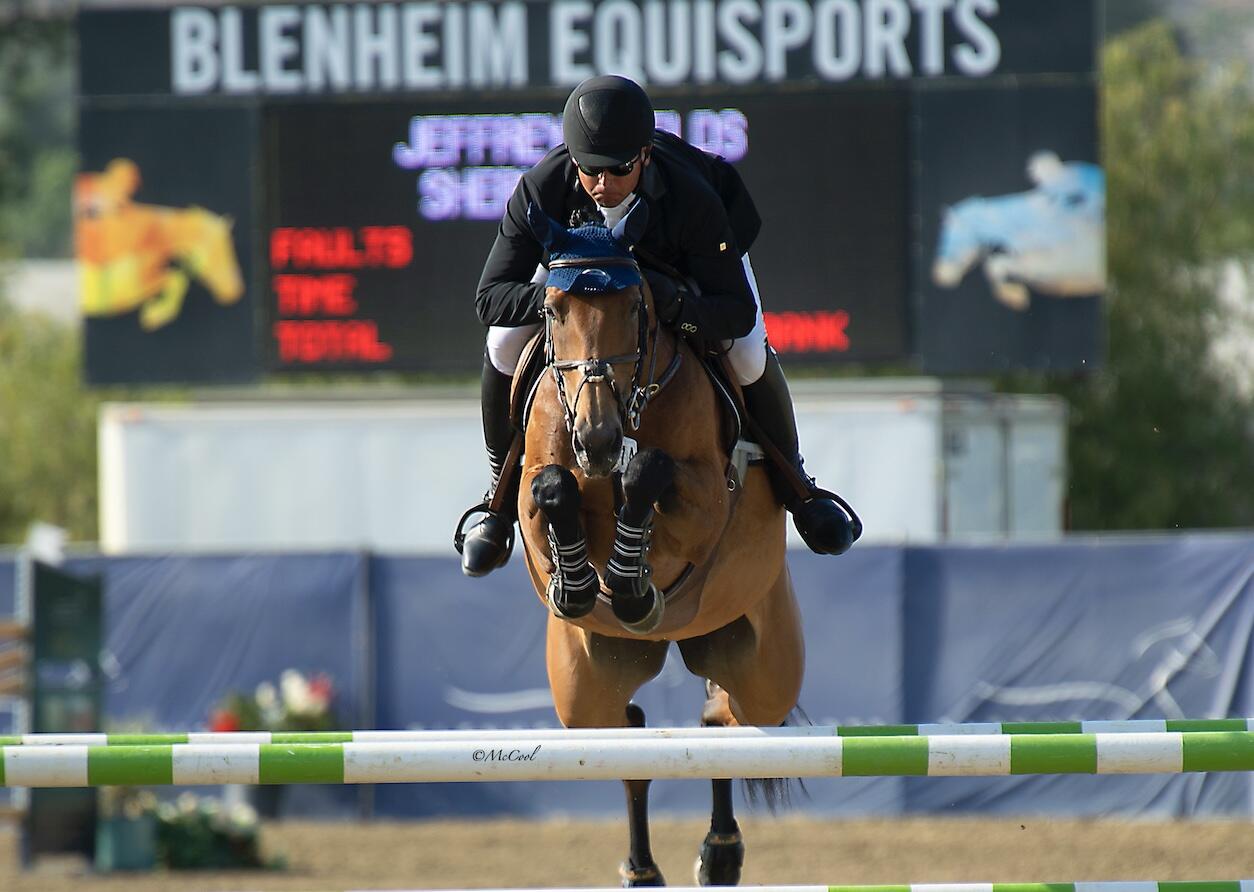 Jones knew Gerko was able to rise to the occasion as he has been a part of Gerko’s career since before Lindsay Maxwell purchased him. “I have known him since he was five, but I didn’t actually get to ride him until he was eight and then Lindsay bought him. I started riding him again about four months ago and I have always liked him, he is a real character.”

The British native is related to equestrian phenom Nick Skelton and has been riding since he was a kid. The 22-year-old has only been competing in the US for just under six months and this is his first major win stateside. Jones credits his success to the support and generosity of Maxwell and her team at Lindsay Maxwell Equestrian.

For the win, Jones was presented with a gift bag from ShadyLady Sun Protection while Maxwell, as the owner, received a gift certificate and frame from Topline Design Ribbon Wreaths.

Click below to watch the interview with champion Charlie Jones and his winning ride! 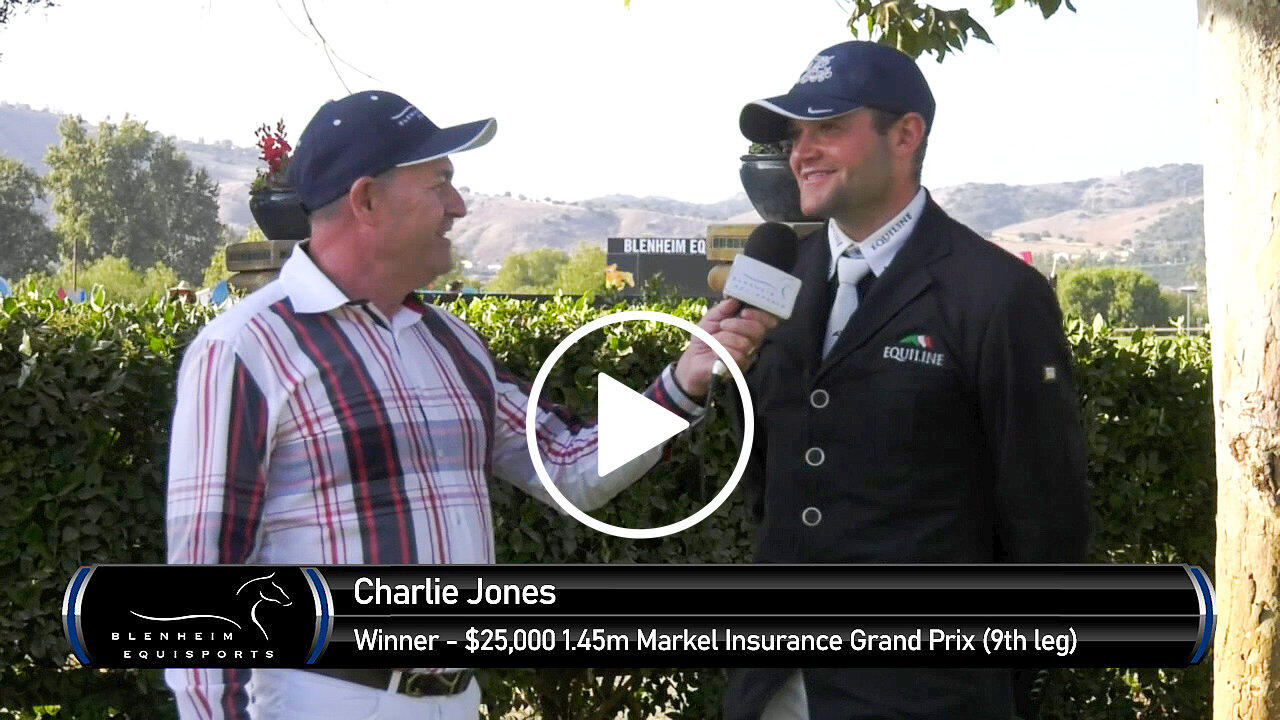 The 15-class series culminates this November at the Las Vegas National Horse Show, where the top 25 riders are invited to compete in the finale event. To view the series specifications and the full leaderboard to date, click here.

This year’s prizes are the best to date. At the finale, the winner will be awarded with a custom-built Flexi Equine Tack Locker, currently displayed in the Blenheim EquiSport’s Show Office, and a custom Solea Equestrian Show Coat. Additionally, the Leading Lady and Leading Gentleman riders will each receive a cash bonus based on points accumulated throughout the series.

Competition for the Blenheim Summer Festival concludes Sunday, July 25th but the fun doesn’t stop there. The Blenheim Racing Festival kicks off July 28th which features the return of the BES West Coast Jumping Tours where the Silver Tour Grand Prix will act as the tenth leg of the Markel Insurance Jumper Series! Blenheim EquiSports is #ThePlaceToJump all season long. Visit our website to view a full show schedule and to learn more. 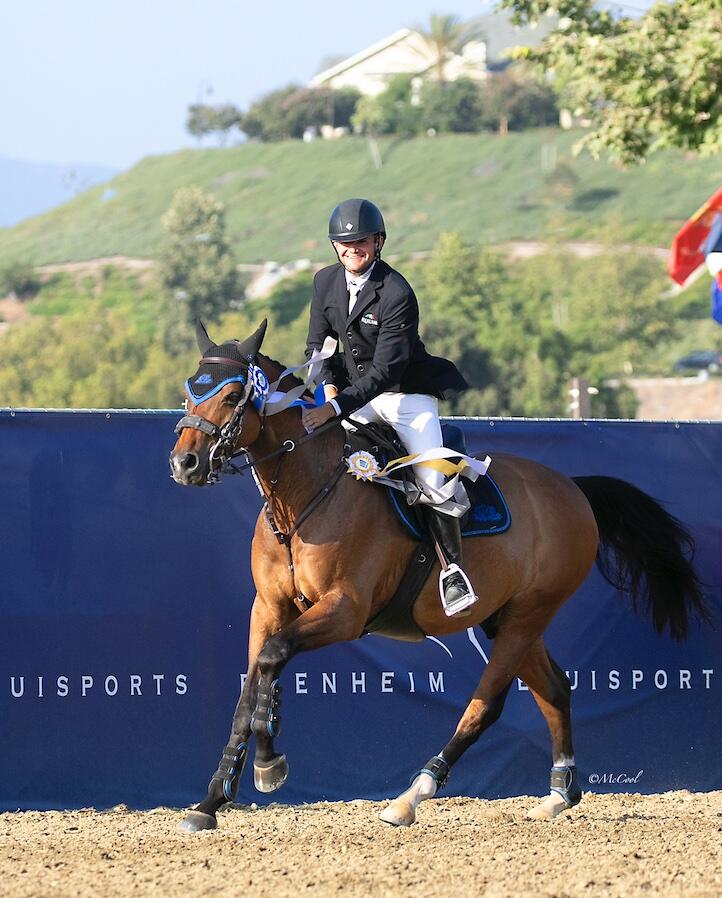 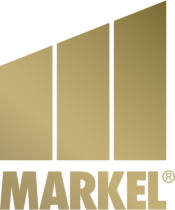 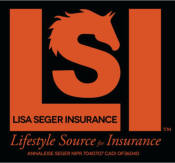