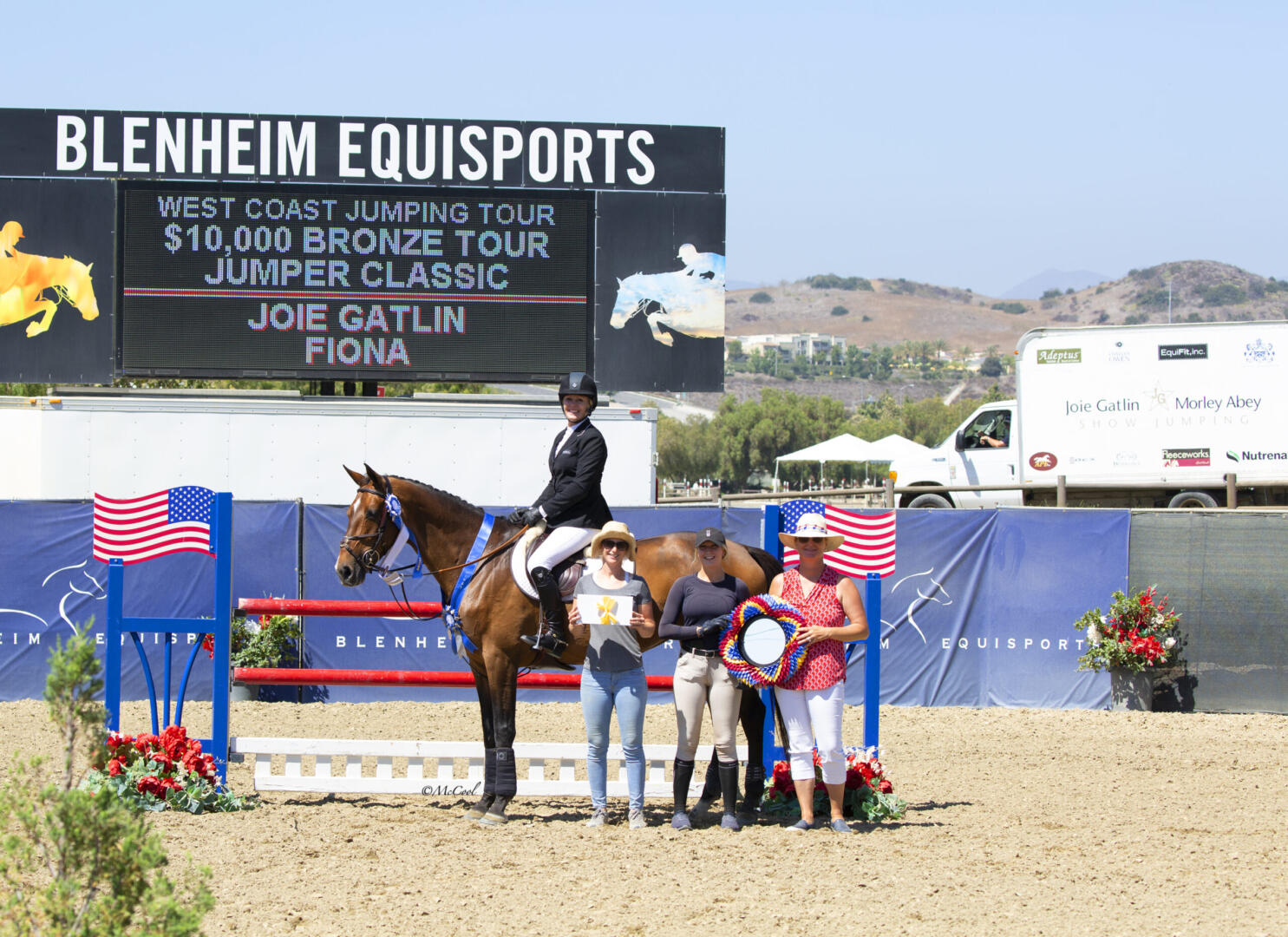 Joie Gatlin and Fiona, winners of the $10,000 Bronze Tour Jumper Classic during the Blenheim August Festival

Gatlin and Fiona entered the Olympic Sand Arena at Rancho Mission Viejo Riding Park in San Juan Capistrano, CA, with the win in Wednesday’s $2,500 1.35m Bronze Tour already under their belts, and while they repeated their winning ways on Saturday, the duo’s path to the victory looked a bit different than it did three days prior.

With four faults in Saturday’s first round, Gatlin did not expect to return for the jump-off, but when no entries navigated the Mauricio Garcia-designed track without fault, that’s just what she did. Gatlin and Fiona were one of six combinations to finish the opening round on four faults, resulting in each of them coming back for the short course. 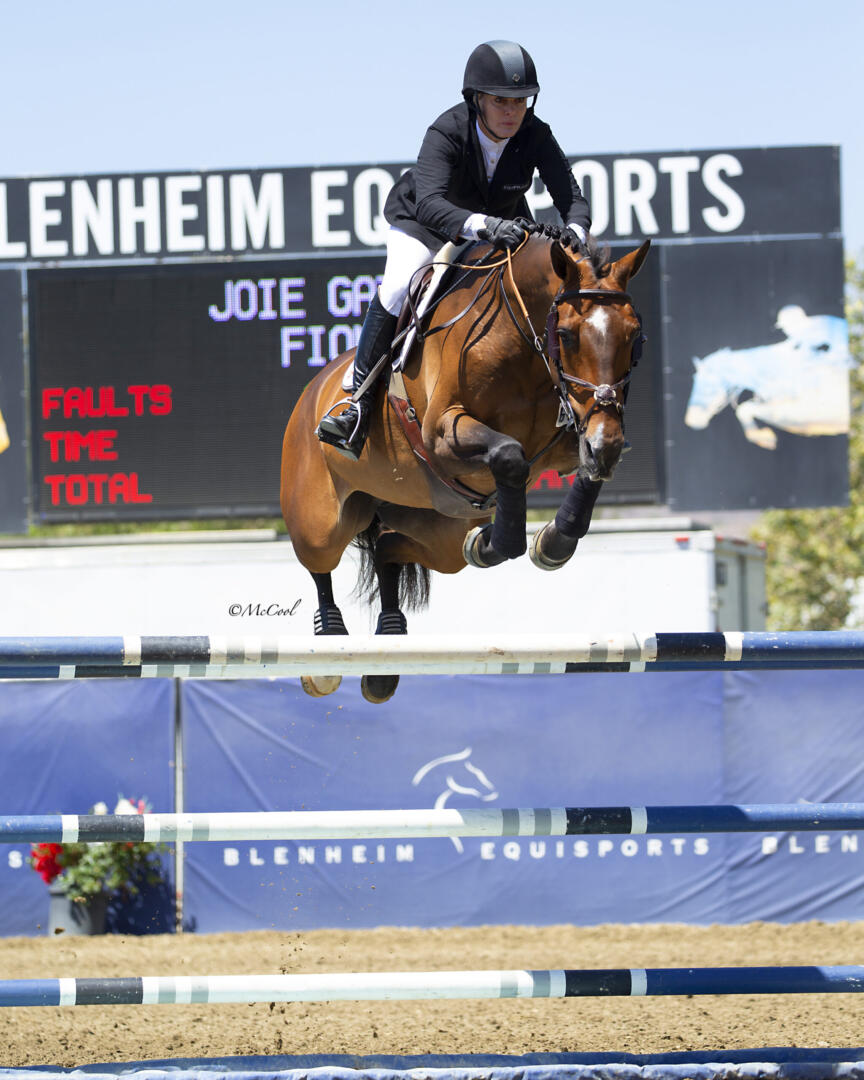 Hannah Heidegger and Di Caprio RV were the first to return, setting the score to beat at four faults in a time of 38.067 seconds, which would ultimately hold up for the third-place honor. Gatlin and Fiona, owned by Lolly McLellan, returned two trips later to deliver the first clear effort of the day, stopping the clock in a winning 36.762 seconds.

While none would catch Gatlin’s fast and faultless time, Lauren Kolbe and her own Cooper 166 would produce the only other clear round, finishing in second with a time of 38.032 seconds.

“I can’t remember the last time that I’ve done that!” said Gatlin of being in a jump-off of four-fault finishers. “It’s really unusual when that happens. It’s interesting because I thought it was a really nice course. It had a nice flow. The rails that fell ended up being pretty equally spread everywhere, which is the sign of a good course.” 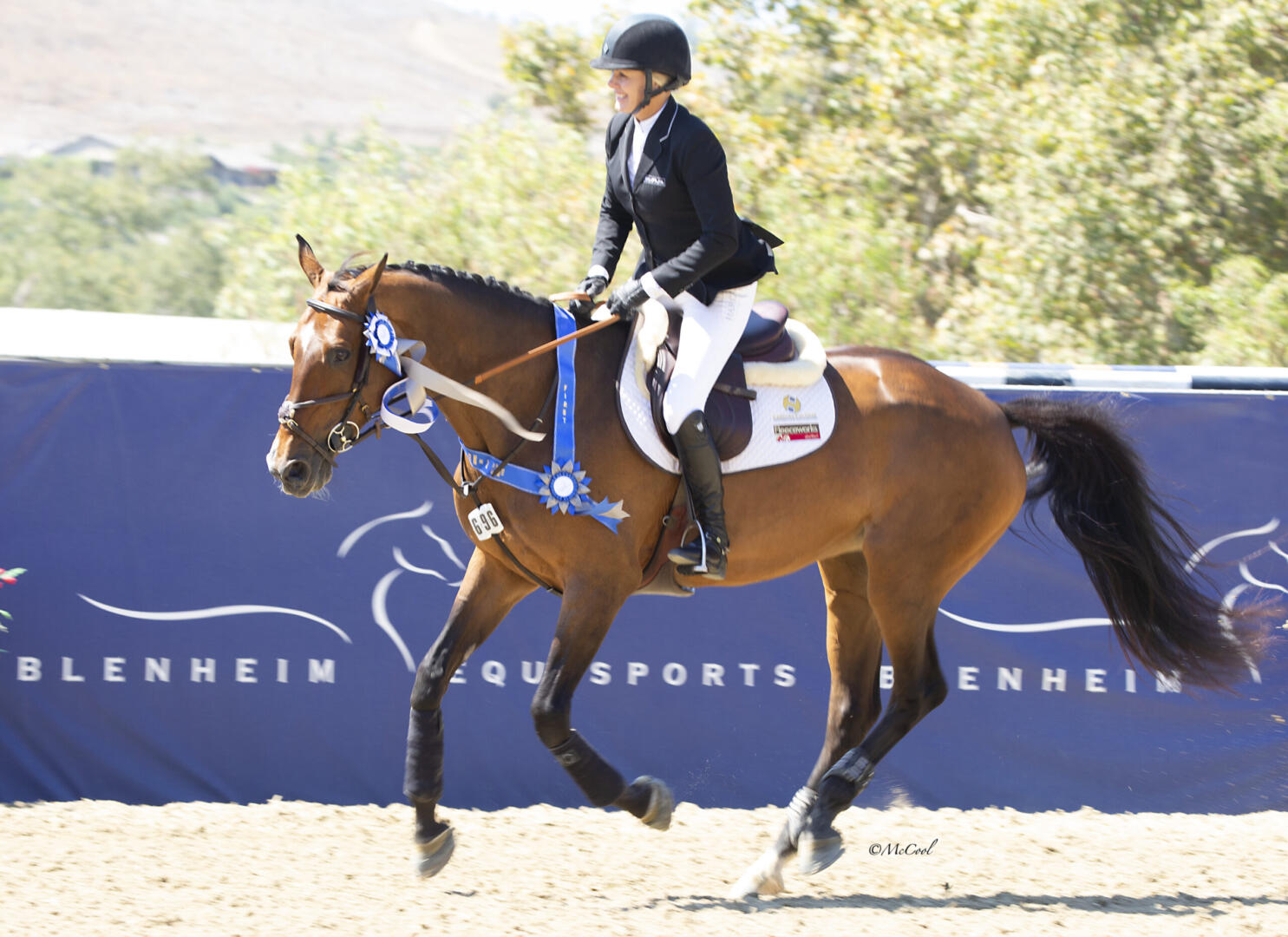 While the route to the jump-off may have looked slightly different, Gatlin treated it just as she would any other jump-off with Fiona: with a focus on going fast.

“Fast, smooth and leaving them all up was the plan!” said Gatlin, who has had the ride on Fiona since the spring. “She came in as a sales horse, and I just have been taking my time getting her fit and trying to place her in the right classes. Now I’ve got her fit and geared back up. We brought her over here this week with this class as our goal.”

“She’s just the best little horse,” continued Gatlin in speaking of the 11-year-old Holsteiner mare. “She loves her job, and she loves to jump. She really likes the jump offs. 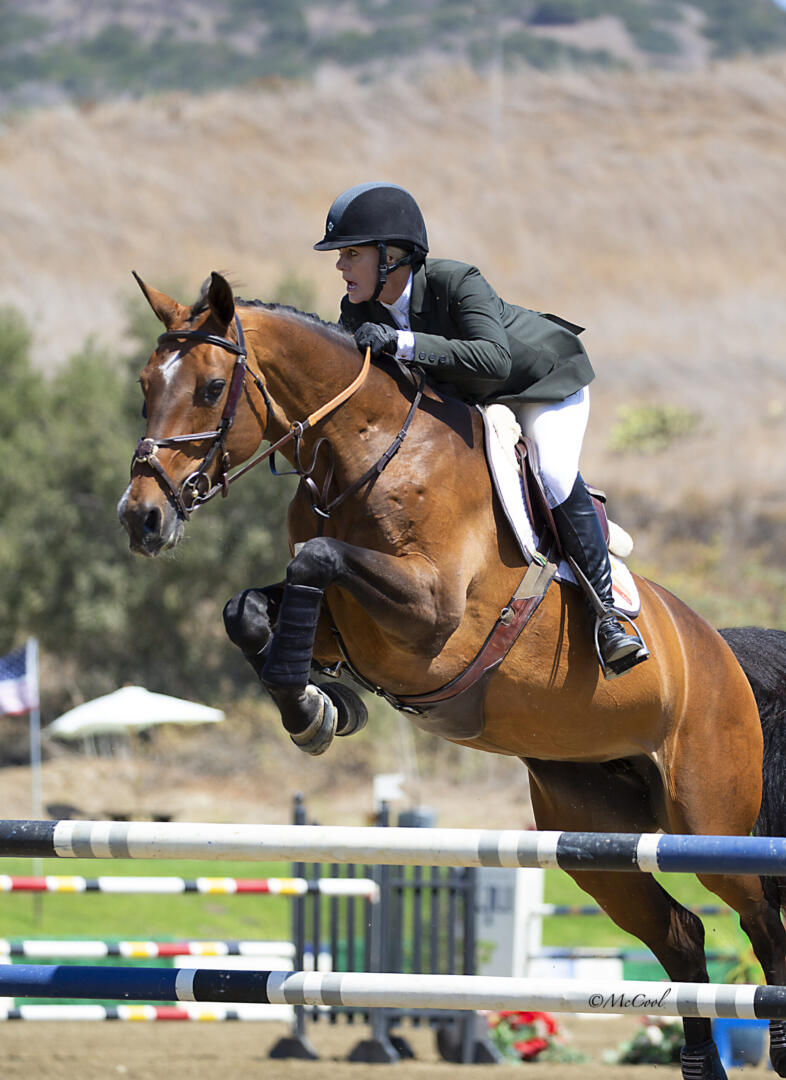 Joie Gatlin and Fiona from their win in the $2,500 1.35m Bronze Tour Welcome on Wednesday of the Blenheim August Festival.

Also earning a Bronze Tour victory during the Blenheim August Festival were John Pearce and Corsini, owned by Nicole Teague. The pair claimed the win in Thursday’s $5,000 1.35m Bronze Tour Speed Stake, in addition to finishing in second behind Gatlin in Wednesday’s $2,500 1.35m Bronze Tour.

Following the Blenheim Summer Classic, to be held August 18-22, the Bronze Tour returns to Blenheim on August 25-29 during the Showpark Summer Classic. To learn more about Blenheim EquiSports, the #PlaceToJump all season long, visit ThePlaceToJump.com.