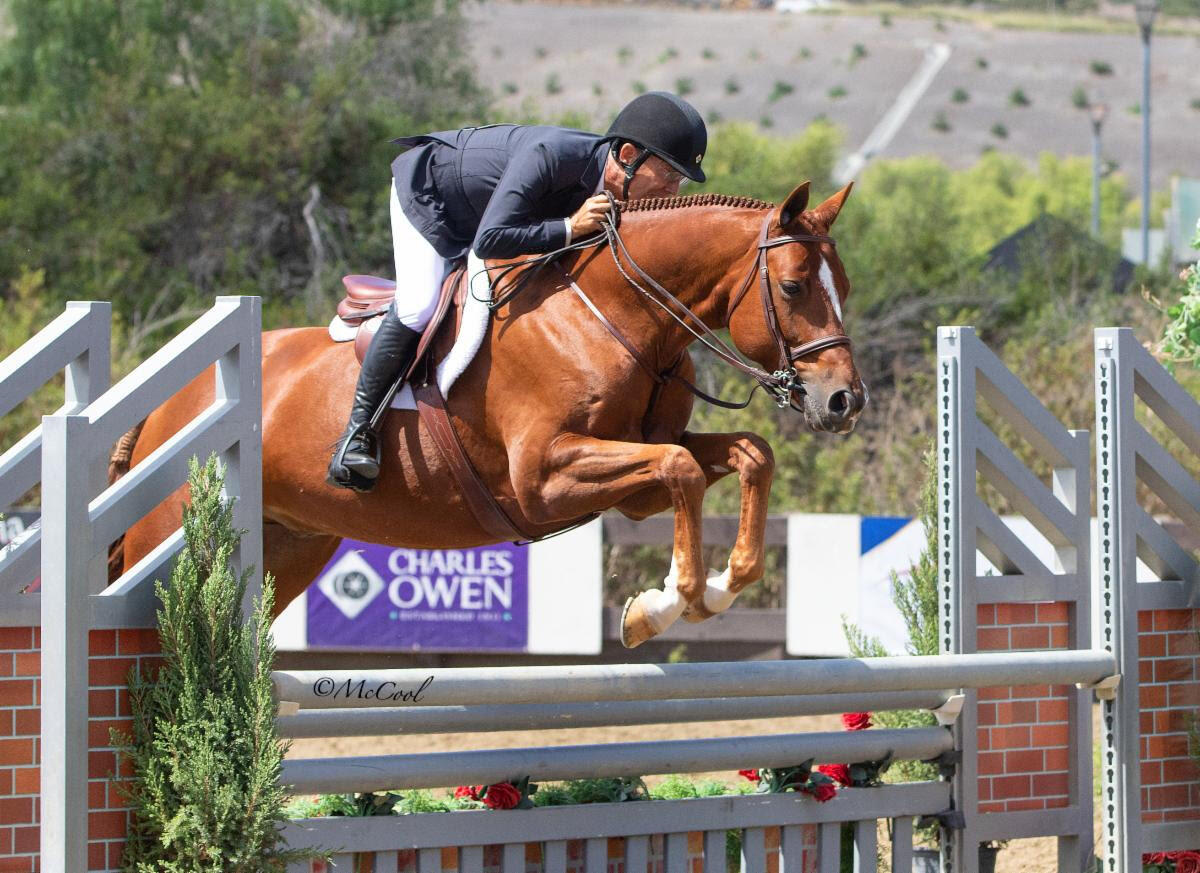 September 20, 2019 – San Juan Capistrano, CA – The fourth USHJA Green Hunter Incentive Regional Championship of 2019, that for the Southwest, concluded on Thursday, September 19 at Blenheim EquiSports’ International Jumping Festival in San Juan Capistrano, California, with two new champions crowned. In the 3’0”/3’3” section, John French rode Quicksus to the top with a score of 175. Claiming the top prize in the 3’6”/3’9” section with a 175 was Erin Duffy aboard Romeo.

Kicking off the Southwest Championship, John French, of Mill Creek, Washington, piloted Noelle Wolf Stables, LLC’s Quicksus to the 3’0”/3’3” tricolor and a $1,500 check. The duo’s scores of 87 and 88 earned them an overall total of 175 to secure the win.

“He has a classic hunter style—he likes to poke his nose and has a great expression. He really uses his head and neck over the jumps,” said French of the Warmblood gelding trained by Corinne Bevis. “He’s had a great year—[he was] champion this week and circuit champion at Thermal in the 3′ greens.”

French and the 6-year-old gelding had been partnered in the show ring just over a year, taking the Green Hunter divisions by storm. “We had a horse of the same breeding, out of a Quarterback stallion, that we really liked that we sold. So when John came across this horse, we jumped at the chance to get him and the owner was on board. We bought him off a video,” said Bevis.

“We’ve been doing the Incentive since it started back in Kentucky. We’ve tried to support it and be a part of it every year that it’s been offered,” Bevis continued of the Green Hunter Incentive program. “We have the rider (John French), we like to find the horses and so far we’ve had a lot of success with the program. It’s a great platform for developing young horses—giving them a chance to do some special classes before moving up to classes like Derby Finals. If you join the program early enough, you end up winning back the enrollment fee. I think it is important to just keep supporting the sport.”

“It’s nice to have the Regionals,” French, who also topped the Northwest Championship with Artistry, added. “With my move I wasn’t able to go to Kentucky this year. And it’s nice for other riders who can’t make it back there. Thank you to USHJA and Blenheim for hosting.” 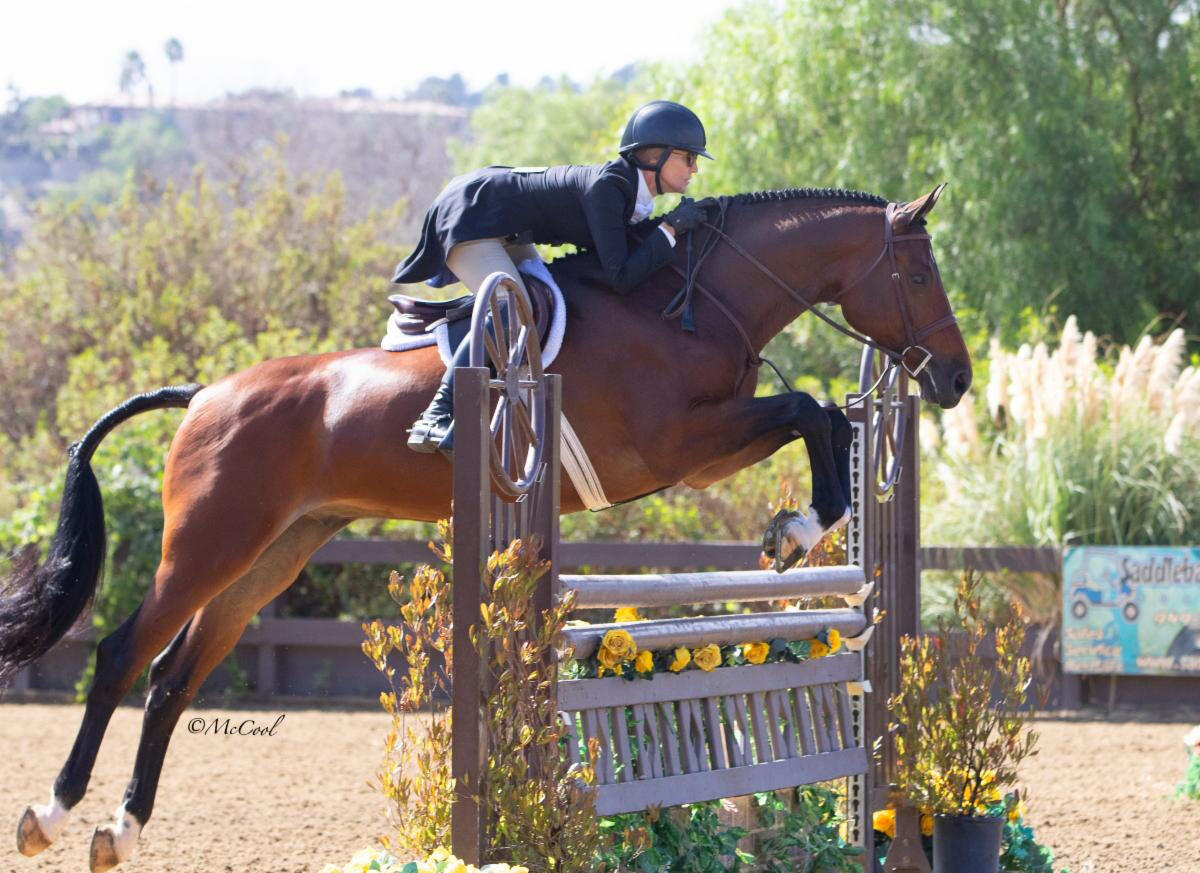 Topping the 3’6”/3’9” competition was Volant Stables’ Romeo with Erin Duffy, of La Canada, California, in the irons. A two-round score of 174, 87 in each round, set the pair above the rest to take the Championship title and $1,500 check.

“He is one of, if not the nicest, horse I have ever ridden. He is just absolutely just a natural and has been since he was a 5-year-old,” said Duffy, trainer and rider of the 8-year-old Zangersheide gelding. “[Cathy Hayes of Volant Stables] bought him in Europe as a 5-year-old and she decided to keep him there so he could do the jumpers—he has a lot of scope and jump. When she decided to bring him here, he started doing the hunters with Peter Lombardo, who started him here and won in the First Year Greens. Then he came to me, and we’ve just started doing the 3’9” at the end of this year. He is super fun—he’s just so good and easy. “

Of the Green Hunter Incentive program, the winning rider said, “It’s great! I like that you don’t have to jump an extra class to do it throughout the year, they just take one of your scores, so it’s easy on the horses. It’s nice to have the goal of the finals and is a really nice way to showcase young horses.”

The USHJA extends a special thank you Blenheim EquiSports for hosting the Championship.