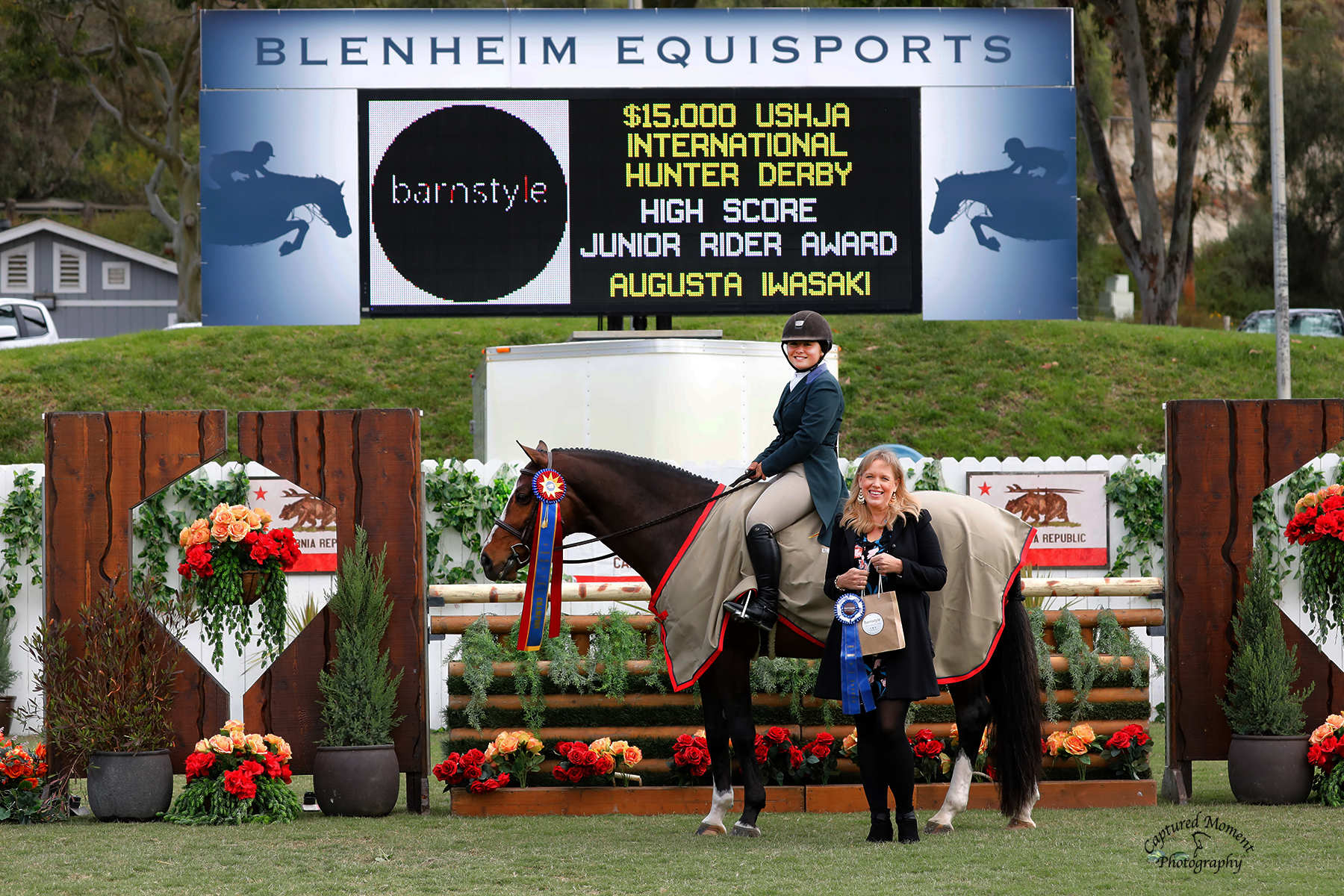 Del Mar, CA – In the opening event of the morning, the $15,000 USHJA International Hunter Derby, coming into the handy round in third place, Augusta Iwasaki moved up to the top of the class aboard Small Kingdom, owned by Iwasaki and Reilly. The pair finished with an impressive two-round total of 373 points, and earned their first International Derby win. Katie Taylor rode Cajeton, owned by Noteworthy Horses, to a second-place finish, scoring a total of 357 points, while Erin Duffy and Volant Stables’ Romeo finished in a close third place, with a total score of 355 points.

Iwasaki was over the moon, “It was so exciting. It feels great,” she explained. “I’ve been aspiring to an International Derby win for such a long time!”

Welcoming eighteen derby horses on to a beautiful course, set by Ken Krome, the Grand Prix Field transitioned from the bright colored poles, planks and walls of show jumping to the natural colors of the high performance hunters. The two judging panels consisted of Chance Arakelian and Liz Adler as panel number one, and Chrystine Tauber and Randy Neumann as panel two.

The top twelve scoring horses returned for the second round of competition, where long gallops, inside turns, and a trot jump on the top of the berm showed off their handy traits. Excellence in this round, taking all three high options, plus earning 17 total handy points and scores of 88 and 87, respectively, earned Iwasaki and Small Kingdom the lead in the victory gallop. See both of their rounds in her video interview below.

Along with earning the tri-color ribbon, Iwasaki takes home a USHJA cooler and boot bag, a pewter Blenheim EquiSports trophy and a pair of Roeckl Sports gloves. Just having celebrated her fifteenth birthday in March, the young phenom also earned the barnstyle Leading Junior Rider Award.

Makoto Farms sponsored the Best Turned Out Groom’s Award, which was presented to Ivan Alvarado, who keeps Really, ridden by Jenny Karazissis, looking and feeling his best. 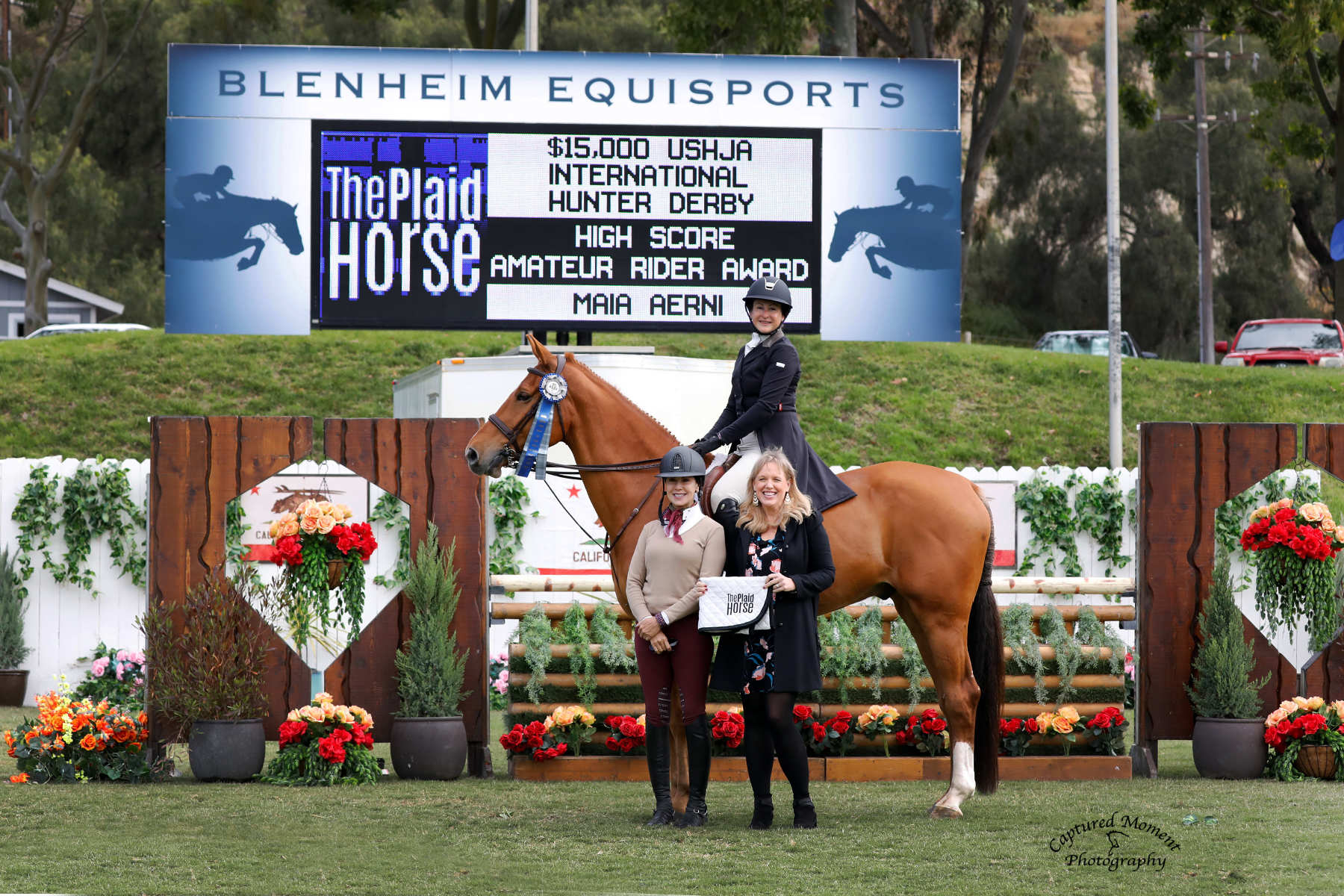 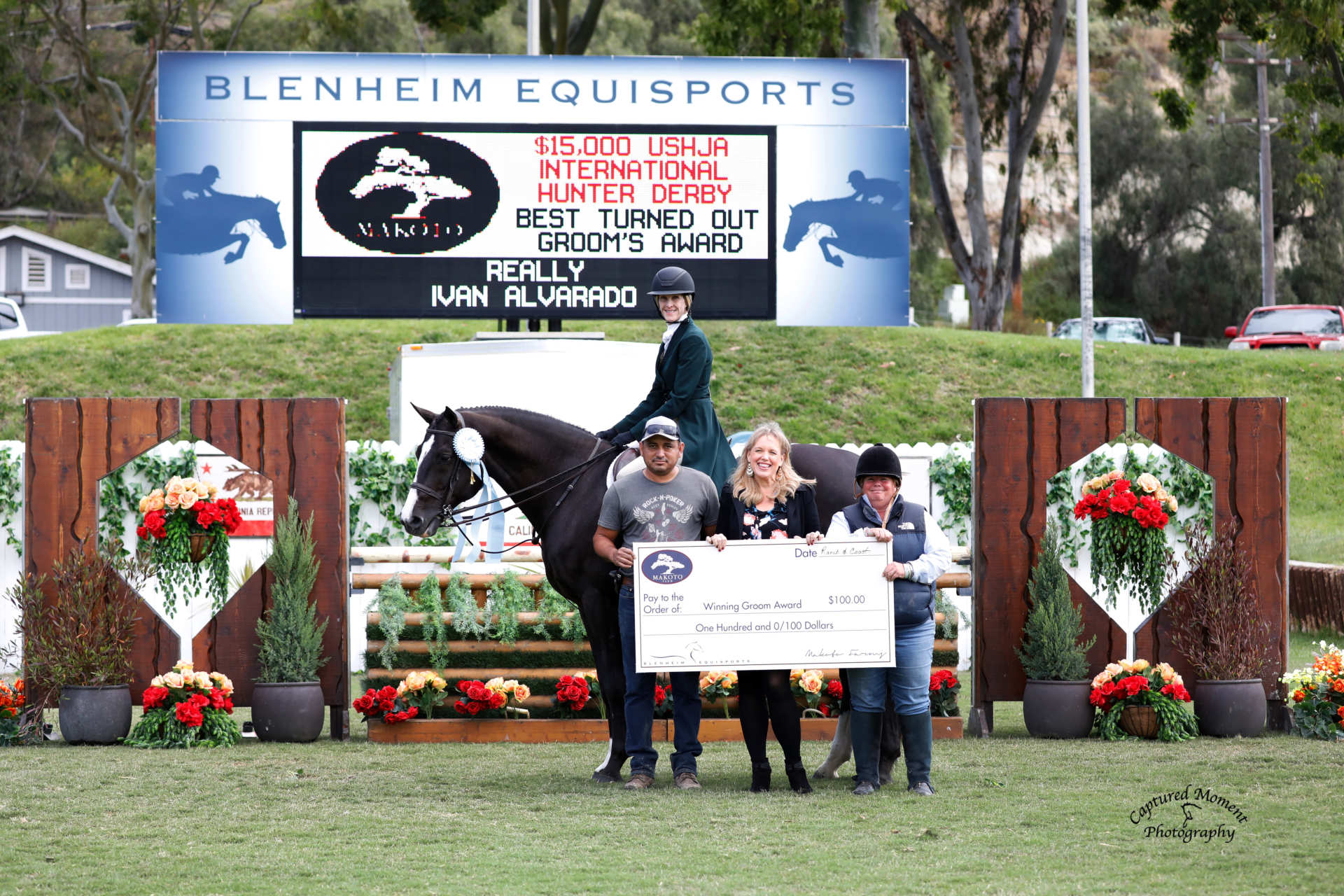 Makoto Farms sponsored the Best Turned Out Groom’s Award. Presented to Ivan Alvarado, who keeps Really, ridden by Jenny Karazissis, looking and feeling his best (above) 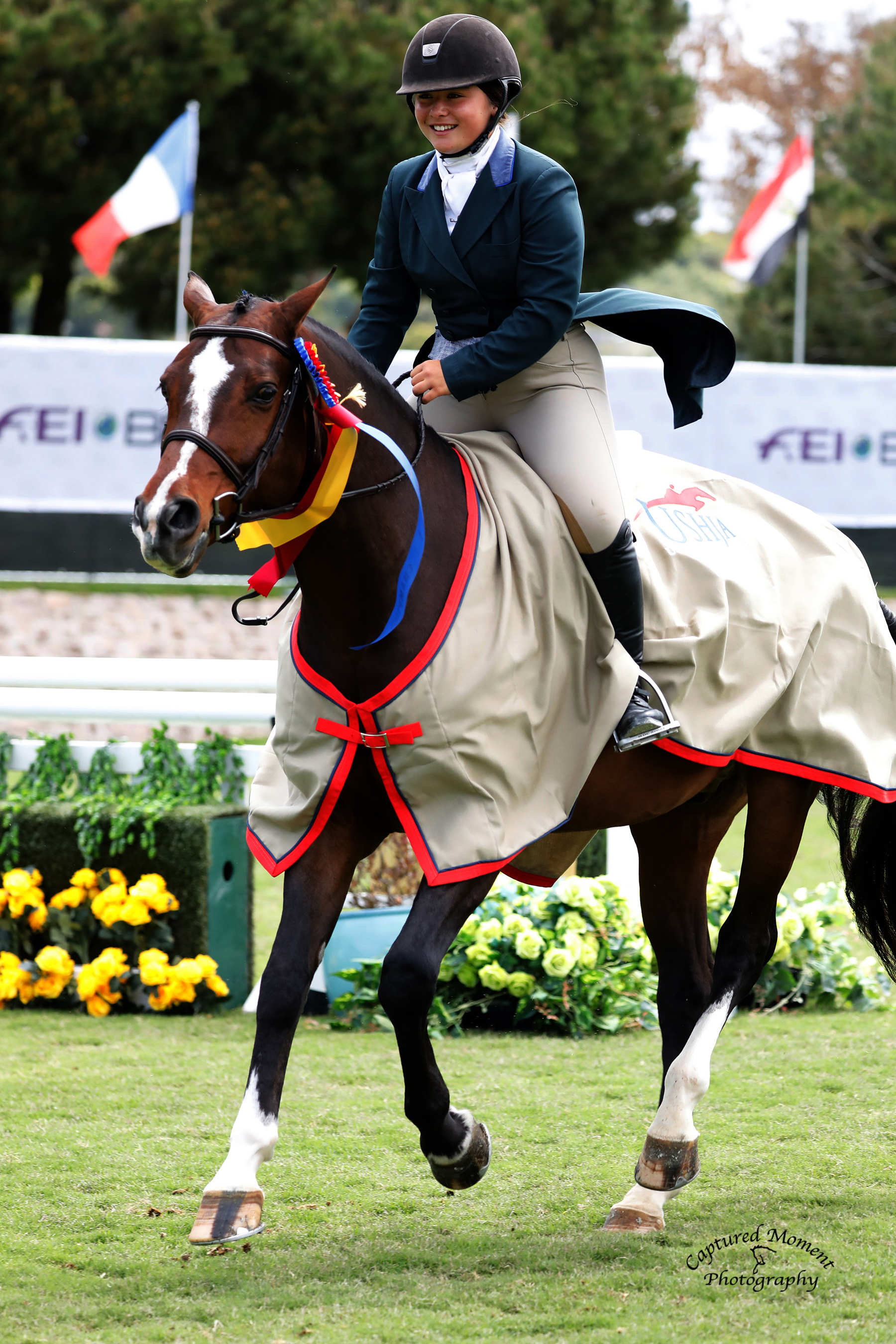